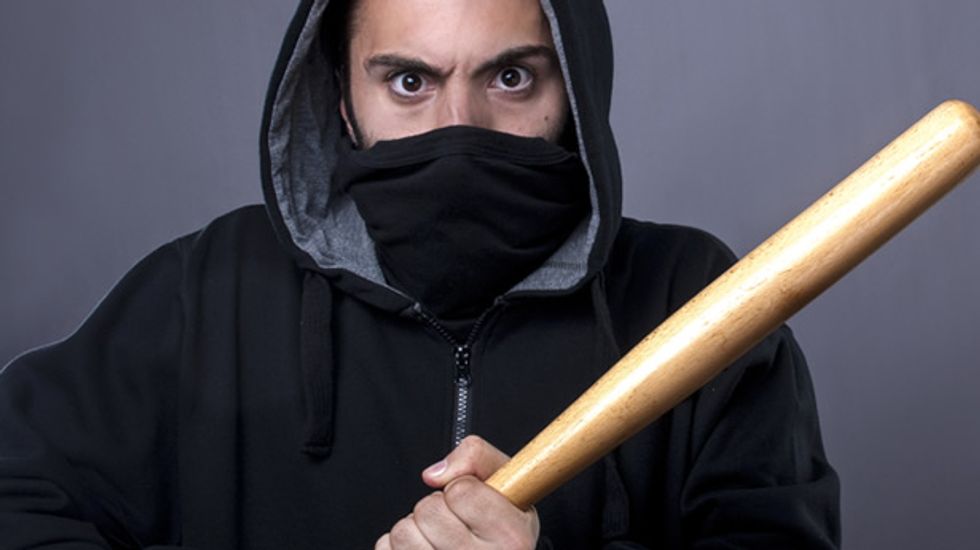 A Riverside, California father, his 16-year-old daughter and her male friend have been charged with the beating of a man the daughter had accused of raping her.

All three pleaded guilty on Tuesday. The father, David Ray Mills, and his daughter received a sentence of time-served and four years probation. The male friend, Andre Edwin Dickerson Jr., was sentenced to six years in prison. All three had been charged with attempted murder, mayhem and vandalism, but those charges were dismissed as part of their plea deal.

According to court documents, the daughter -- whose name has not been released, as she was the victim of a sexual crime -- lured Miguel Estaban Cruz to Kent Hintergardt Memorial Park on the night of January 13. When he arrived, Dickerson Jr. beat him with a wooden baseball bat as Mills and his daughter watched.

The teen had sent Cruz sexually explicit text messages and suggested the two meet again to drink and have sex. At one point, she asked him why he wanted to have sex with a 16-year-old girl.

"It's the thing I do," he allegedly replied.

The daughter had accused Cruz of raping her the previous November, when she alleges he had gotten her drunk and raped her after she'd passed out. Cruz pleaded guilty and is currently awaiting sentencing for sodomy with a minor for the attack.