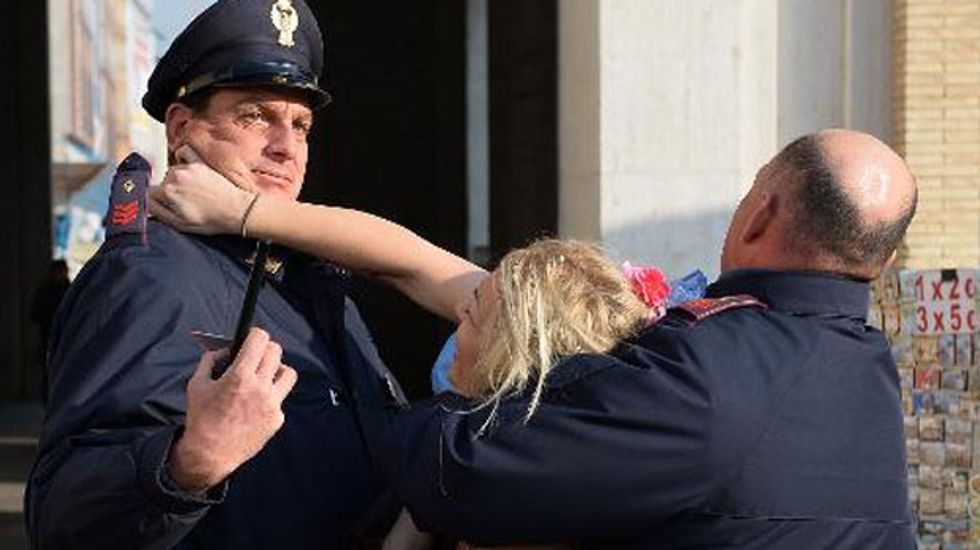 A leader of the Ukrainian feminist group Femen bared herself near St Peter's Square on Thursday shouting "Christmas is cancelled!" in a protest against the Catholic Church's stance on abortion.

Inna Shevchenko, 23, went topless and ran towards the square but was stopped by some 20 police officers.

She had "Jesus is aborted" written across her chest.

The police quickly formed a barrier around the activist to prevent media from documenting the event.

Covered in a blanket, she was taken away in a police car as tourists and pilgrims looked on with bemusement.

Femen activists have targeted St Peter's Square before, including on the eve of the conclave that elected Pope Francis in March, and have begun a series of protests in Christian centres in support of abortion laws.

Femen is a Ukrainian group whose members have drawn attention worldwide with nude stunts targeting a range of political and religious figures, including Italy's ex-premier Silvio Berlusconi and Russian President Vladimir Putin.