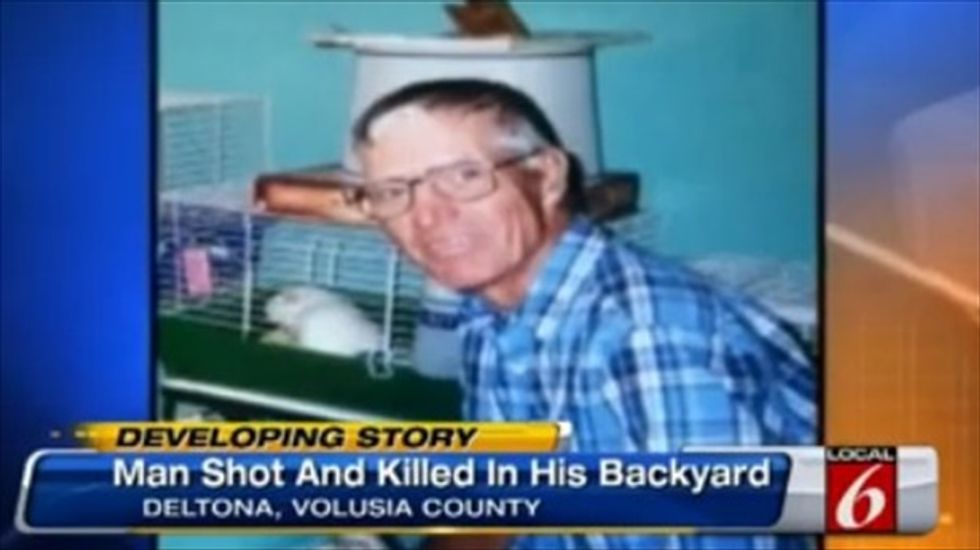 Authorities in Volusia County, Florida, are investigating whether a 69-year-old man's death on Wednesday was the result of reckless shooting from a nearby resident's backyard gun range.

The Daytona Beach News-Journal reported that Bruce Fleming was standing in his own backyard when he was hit in the chest by a gunshot. He was pronounced dead at a local hospital.

Both his home and the home from which the shot emanated are located outside of any incorporated city limits, meaning state law takes precedent in the investigation into Fleming's death. Florida law does allow homeowners to use firearms in their own backyards, as long as is not done "negligently or recklessly."

"It's pretty clear that it was negligent, for shooting obviously out the backyard," a family spokesperson, Robert Reynolds, told WKMG-TV. "There's houses everywhere."

Local authorities are reportedly forwarding the results of their investigation to the state attorney's office to determined if the unidentified shooter will be charged in connection with Fleming's death.

Watch WKMG's report on the fatal shooting, as aired on Wednesday, below.