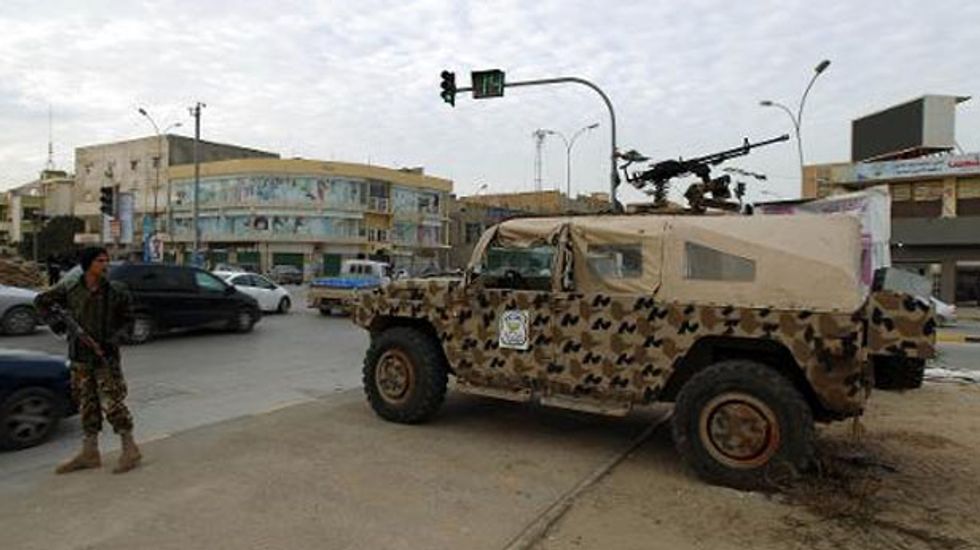 [Update: According to The New York Times, the personnel have been released.]

Four American military personnel have been detained in Libya and are being held by the government there, the US State Department said.

"We can confirm that four US military personnel are currently being held in Libyan government custody," Jen Psaki, State Department spokesperson, said on Friday.

"We are seeking to further ascertain the facts and ensure their release. We are in touch with Libyan officials on this issue."

Neither the State Department nor the Pentagon gave any further information on the case.

The New York Times, citing unnamed US officials, said the detainees were attached to the security team at the US embassy in Tripoli and may have been scouting escape routes for possible future use by diplomats.

Americans in Libya have been targeted more than once since 2011, when the regime of strongman Moamer Kadhafi was overthrown by local rebel groups backed by US and NATO airpower.

In September 2012 four people, including the US ambassador to Libya, were killed in an attack on the US consulate in the eastern city of Benghazi by Islamist gunmen with alleged Al-Qaeda ties.

And earlier this month an American teacher was gunned down during his morning jog in Benghazi in an attack blamed on Islamist extremists.

In early October, US commandos seized senior alleged Al-Qaeda figure Abu Anas al-Libi -- indicted for the twin 1998 bombings of US embassies in east Africa -- on the streets of Tripoli and whisked him away to custody onboard a warship.

Libya's new authorities have struggled to integrate the rebel groups that helped topple the Kadhafi regime into the regular armed forces. Militias have carved out their own fiefdoms, each with its own ideology and regional allegiances.