Fox News Says: Don't Be Fat, But Don't Try Not To Be Fat 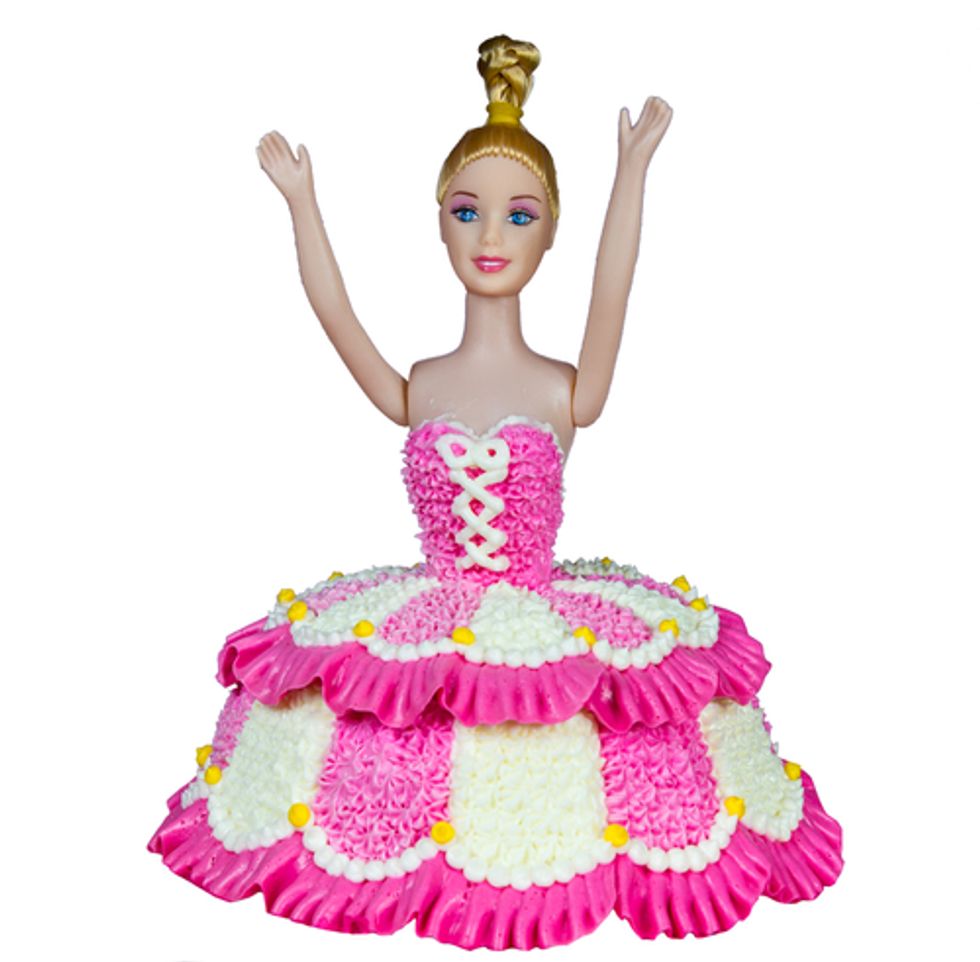 David Neiwert found a hilarious example of how the knee-jerk rejection of anything considered "liberal" leads to pure idiocy on Fox News.

Pundits did an entire segment freaking out because this plus-size modeling Facebook page suggested that Mattel make a plus-size Barbie, with a little photoshopping to show how it would work. 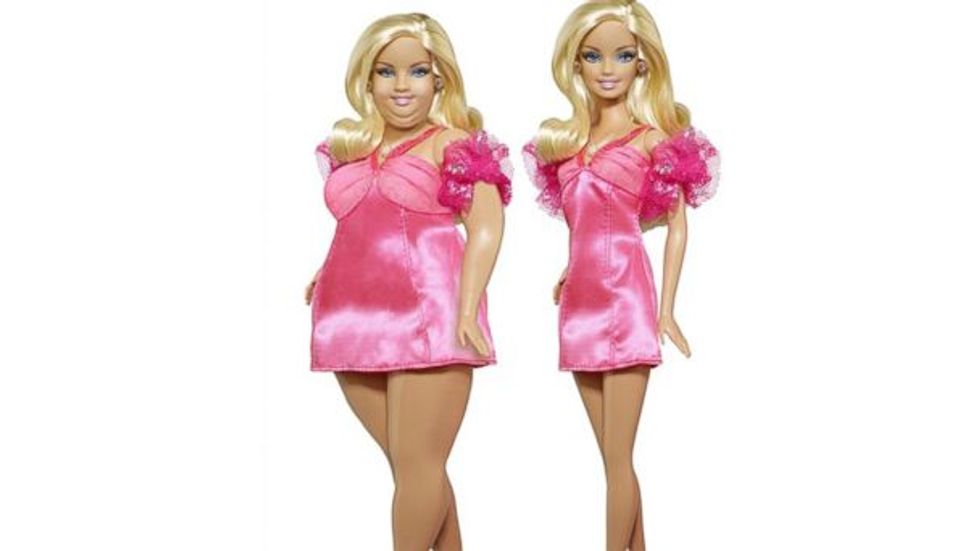 Cue all the feigned concern about girls learning it's "okay to be fat". Anna Kooiman admitted that the pressure women are under to achieve bodies that are literally impossible, but then went off with the hand-wringing about how being fat is "unhealthy". (Since when do people take their health advice from plastic dolls?) She seems to be saying the doll should still be an aspirational figure of svelte perfection, but that it should simply be a little thicker, enough to accommodate, say, internal organs. But the gist of her argument is that little girls should still be bombarded with aspirational images of thinness. You know, for "health".

Then she literally turned around and conducted a segment accusing the Obama administration of trying to destroy an important part of the economy by requiring vending machines to advertise the calorie count of the snacks therein. It's a completely moronic segment, with her guest trying to argue that people will get the snacks at gas stations, as if anyone is banning him from selling snacks. They are not---they simply want the calorie information to be visible. Kooiman got riled up and said, "Sometimes you need the candy bar and you don't want to know how many calories are in it!"

So, Barbies need to be skinny for "health", but "health" is not a good enough reason to do things that actually make it possible for people to be healthy, such as advertising nutritional information on packages. We---well, women---are instructed to be skinny, but god forbid there should be any path to making that happen.

Part of this is just the background noise of misogyny, where women are not only expected to be perfect but to show no effort at getting there. As Courtney Martin explained in her 2007 book Perfect Girls, Starving Daughters, there's a widespread belief that the minimum standard for young women is "effortless perfection": “the expectation that one would be smart, accomplished, fit, beautiful, and popular, and that all this would happen without visible effort.” Thus it doesn't even occur to the folks at Fox that there's a contradiction in telling women not to be fat but also denouncing any effort to make not-being-fat possible in the first place.

But this is ultimately an expression of how rote the hate-everything-liberal mentality has become on the right. Plus-size Barbie is clearly about sending the message that it's okay to have self-esteem, and since that sounds suspiciously feminist, it must be wrong. The calorie count thing is about health regulations, and that is obviously liberal, so it must be wrong. They clearly don't think about it on any level deeper than that.

And yes, I can hear the carping already: "But isn't it a contradiction to say it's okay to have self-esteem while fat while also pushing a health agenda?" No, for two reasons. One, being fat does not necessarily mean one is unhealthy. You can eat right and exercise and it won't necessarily turn you into a skinny person. Bodies do not give up weight without a fight and sometimes you can throw everything you have at the task of losing weight, only to come up short. But that doesn't mean that lowered cholesterol and improved endurance and strength aren't achieved. Two, the notion that making people feel shame about fat will inspire them to lose weight is simply untrue. Research shows that shaming fat people actually leads to weight gain and not loss. Feeling ashamed is strongly correlated to making poor health choices, for reasons both obvious (it's hard to go to the gym if people give you shaming face) and not quite obvious (shame can induce a sense of hopelessness that leads to giving up trying to watch what you eat). So there's no contradiction whatsoever on the liberal side. But this mish-mash of throwing a fit because fat is "unhealthy" and throwing a fit over any attempt to help people eat right is absolutely contradictory.