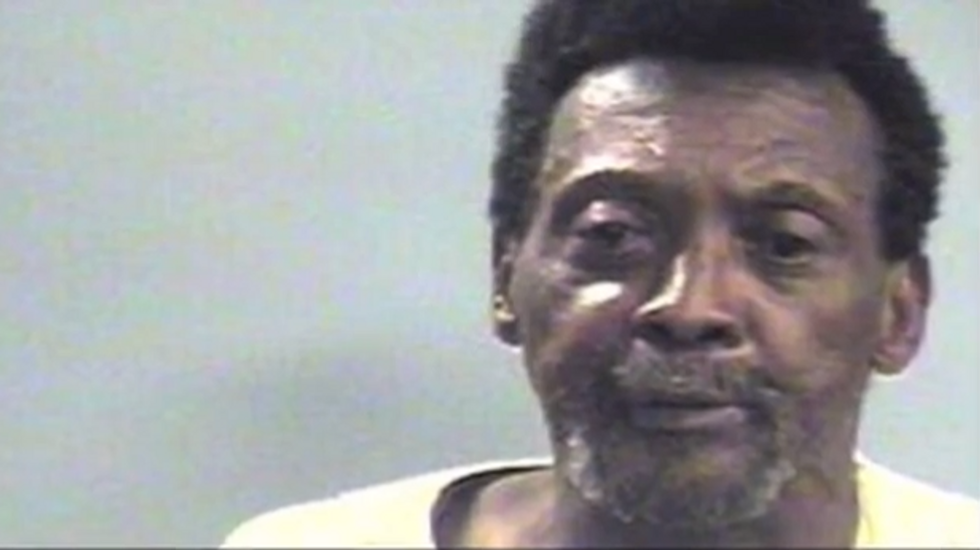 Friends are hoping for a “Christmas miracle” for a Kentucky man who’s been arrested at least 1,500 times.

The Smoking Gun reports that 64-year-old Henry Earl may have been arrested as many as 1,600 times dating back to 1970, but not all of his arrest records are accessible, and the site’s editors say he’s probably spent nearly 6,000 days in jail.

The homeless Lexington man is called “James Brown” by college students and police because he frequently sings and dances for money or drinks.

Earl was scheduled to appear Thursday in court for a probation violation hearing after an arrest last week on alcohol intoxication, landing him in jail for the third Thanksgiving in five years.

Authorities said they can’t confirm the exact number of times Earl has been arrested because their records date back only to 1992, but a police spokeswoman said it’s certain that he’s been arrested more than 1,000 times.

"It's a weekly, if not every-two-or-three-days thing," said spokeswoman Sherelle Roberts. "He's never doing bad or illegal things purposely ... He's just so highly intoxicated that he's posing a danger to himself."

Most of the arrests have been for alcohol intoxication, Roberts said, but some have been on criminal trespass charges.

In some cases, Earl was released from jail in the evening and arrested again by midnight, she said.

The Smoking Gun has been tracking Earl’s arrest record and devoted a page in its last book about him, and commenters on the website share their favorite stories about him.

"We walked outside and he said he needed a place to go and looked around like he was looking for someone,” wrote commenter Douglas Hurt. “Next thing I know is that a cop drives by and Henry says, 'Welp, here's my ride' and grabs someone's drink and throws it at the cop car.”

Earl attended an alcohol recovery program for about five months in 2009 but started drinking again a few days short of graduation, derailing plans for an apartment and food stamps.

"He was telling me how sorry he was. He was actually in tears," said a lawyer who represented him at the time.

Earl said he started drinking as a teen after his adoptive mother died, and he’s resisted several efforts to help him get sober, including an offer to relocate him to Pittsburgh to change his lifestyle.

The co-founder of an area social services agency said she considers Earl a friend.

“You can’t help but love him, I tell you,” said Ginny Ramsey, of Lexington’s Catholic Action Center. “He’s as honest as the day is long. With Henry Earl, you’re going to hear the truth.”

His attorney hopes that this month’s court hearing will help steer Earl toward sobriety but admitted it might take a Christmas miracle.

Ramsey said she may call the judge and offer to house Earl at the all-volunteer nonprofit center, which would cost $2.50 to house him each night rather than $80 a day in jail.

But she admits that Earl won’t stop drinking until he’s ready to quit.