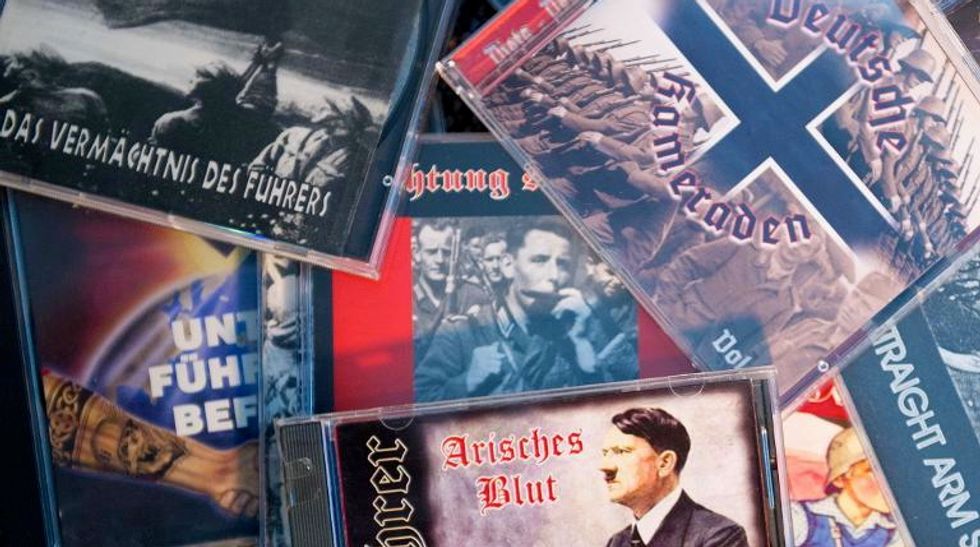 Authorities in the eastern state of Saxony hope to use their brainchild to identify and shut down Internet radio stations that play banned songs.

"Music is an introduction to right-wing extremism, we all know that, so for me this is very important," Saxony interior minister Markus Ulbig told reporters in the state capital Dresden Wednesday.

Neo-Nazi hard rock has long been an important recruiting tool for far-right groups, back to the days when CDs were handed out at street demonstrations.

The new Saxony prototype creates a unique code or "digital fingerprint" based on the frequencies in songs, and then checks music being broadcast on Internet radio, or submitted on a CD or MP3, against a database of gathered "fingerprints" from banned music.

"The programme is obviously faster than men and needs no sleep," said Martin Strunden, a spokesman for the state interior ministry.

Previously, officers had to listen to songs and compare lyrics with a database of restricted music.

"It would take a day or two just to listen to and transcribe an album," said Jens auf dem Keller, who is in charge of media oversight for the Saxony police.

Similar technology is used in the smart phone application Shazam, which captures audio playing on the radio or at a concert and identifies the artist and song title.

Saxony officials are calling for police around the country to submit music samples to increase the size of the database, which currently contains about 3,500 restricted songs, before they begin using it.

The impetus for the new software came after officials noticed a marked increase in far-right Internet radio stations in 2011 and 2012.

"The strategies of the neo-Nazis, they've changed in the last years, they've moved from the real world more and more to the virtual world," said Julia Wolrab, with the association "Against Forgetting – For Democracy", which offers advice to people confronted with extremist propaganda online.

Organisers of the 2012 "Day of the German Future" in the northern city of Hamburg encouraged members to stick QR codes to backpacks or t-shirts to discreetly direct people to their website, according to the report.

The report also found a nearly 50 percent rise in far-right postings on social networks from 2011 to 2012, and a trend toward social media campaigns that eschew traditional Nazi symbols to appeal to mainstream users.

"At first glance, they are no different from a Facebook site or fan page that you or I make," Wolrab, whose group collaborates with , told AFP.

"That's the strategy, to look as normal as possible."

Wolrab said extremist groups post content against child abuse, unemployment, or violence in school to gain followers who may click through to ideological messages deeper in their sites.

Police in Saxony hope to develop a smart phone application so officers can monitor music at live concerts, but a spokesman said legal questions must be answered before that is possible.

Other German police departments say they are waiting to see how the programme works in Saxony before potentially adopting it.