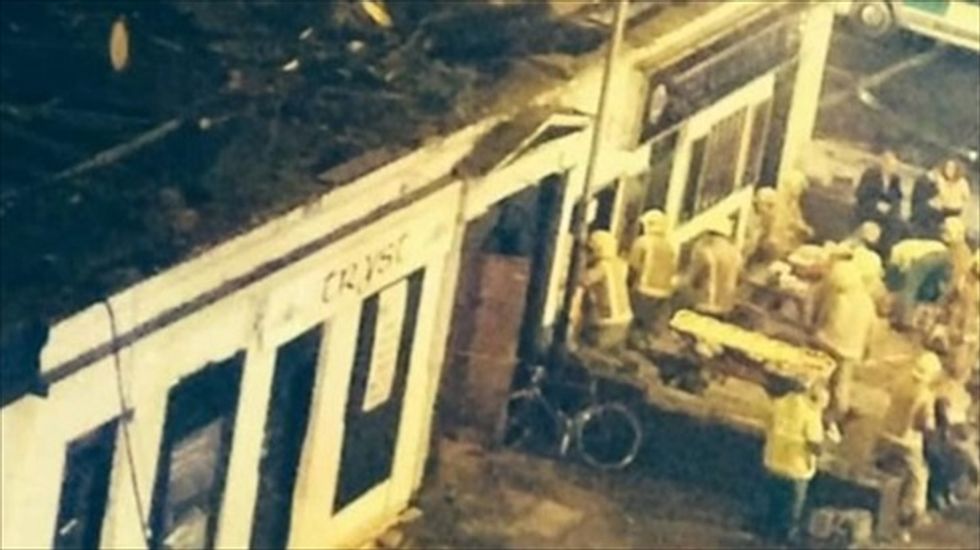 The search and recovery operation carried out after a police helicopter smashed through the roof of a Glasgow pub concluded Monday, with the final death toll standing at nine, police said.

Three people on board the helicopter were killed and six died in the Clutha pub, where around 120 people were watching a performance by a ska band when the aircraft plunged on to the building on Friday evening.

The craft was pulled free of the devastated building earlier Monday.

Police in Scotland confirmed that all the bodies had been removed and named all nine victims.

Deputy Chief Constable Rose Fitzpatrick said: "I can confirm that the search and recovery operation has now concluded and we are satisfied there are no further fatalities at the scene. In total, nine people died as a result of the incident.

"It has been a difficult and complex recovery operation, made the more challenging for those in the emergency services who have been working at the scene who have also lost their colleagues and friends."

Pilot David Traill, 51, and police officers Kirsty Nelis, 36, and Tony Collins, 43, were travelling in the helicopter when it came down. All three died.

Two victims who were inside the pub were on Sunday named as Gary Arthur, 48, from Paisley, and Samuel McGhee, 56, from Glasgow.

Eleven people remain in hospital, according to police.

Scottish Fire and Rescue Service assistant chief officer David Goodhew described how crews had tunnelled under the aircraft to try to find any casualties underneath.

"It's totally unrecognisable in most parts," he said.

"There's a large amount of debris that's underneath the helicopter and therefore you have to dig in slowly and methodically."

The blue and yellow fuselage of the three-tonne Eurocopter helicopter was still largely intact as it was winched out of the building, supporting one theory that it came to rest on the building before the roof gave way.

John McGarrigle, whose father died in the Clutha, criticised the speed of the operation.

"I just want the phone call we were told we were going to get from the police," he said, before police revealed they had removed all of the bodies.

"I know he was in there, there's eyewitness accounts from people in there. My dad's been a local in there for years.

"It's like a piece of machinery is more important than the people underneath there."

The crash cast a pall over celebrations on Saturday for St Andrew's Day, Scotland's national day.