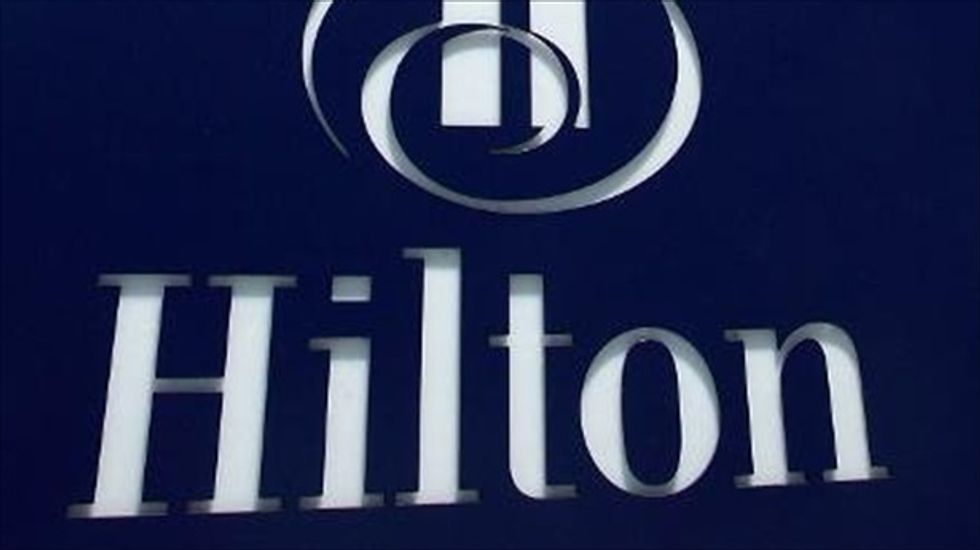 Hilton said it plans to offer 112.8 million shares at a price between $18 and $21 a share, raising as much as $2.4 billion. The much-touted Twitter IPO raised $1.8 billion in November.

Of these shares, 64.1 million will be sold by Hilton and 48.7 million by a group unidentified selling stockholders, according to securities filing with Securities and Exchange Commission.

The sum is bigger than the $1.25 billion in Hilton initial IPO papers filed in September.

Hilton said it plans to use its proceeds from the IPO, which would be $1.2 billion if it prices at its midpoint of $19.50 per share, to pay down debt.

The Blackstone Group acquired Hilton in 2007 for $25 billion, including $7 billion in debt, the world's biggest takeover in the hotel sector.

Following the offering, Blackstone will continue to own a controlling stake in Hilton, Hilton said in the filing. Blackstone plans to hold 76.2 percent of the chain after the IPO.