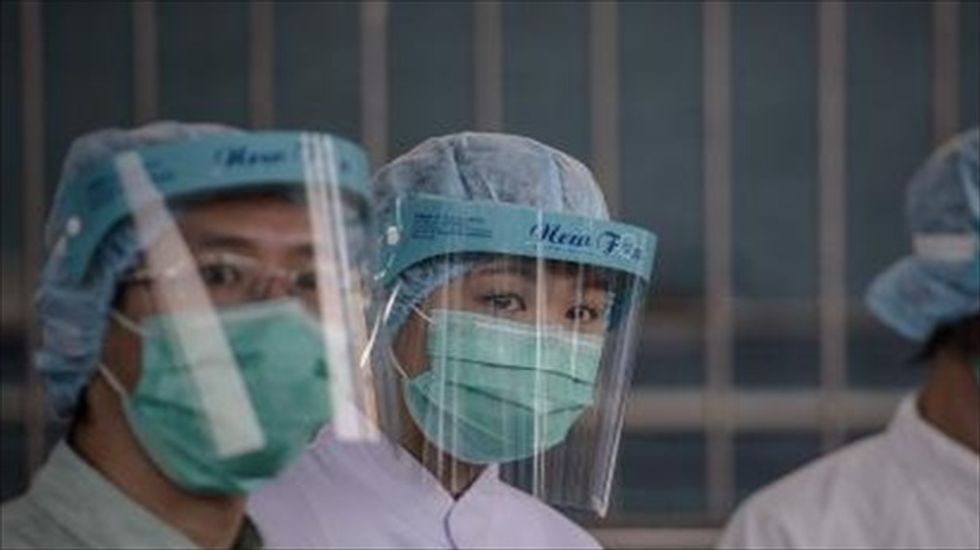 Officials are seen at the border with mainland China in Hong Kong on April 11, 2013 as authorities step up measures against the spread of the deadly H7N9 bird flu [AFP]

Hong Kong on Tuesday confirmed its first human case of the deadly H7N9 bird flu, according to a report, in the latest sign of the virus spreading beyond mainland China.

A 36-year-old Indonesian domestic helper with a history of travelling to the mainland city of Shenzhen and coming into contact with live poultry has been infected and is in critical condition, Health Secretary Ko Wing-man said, according to the broadcaster RTHK.

The patient was admitted to hospital on November 27 after developing a cough and shortness of breath. She was transferred to intensive care at the city's Queen Mary Hospital last Friday, the report added.

In all, 137 human cases of H7N9 have been reported in mainland China since February with 45 deaths, according to the World Health Organisation.

In April Taiwan reported its first case, a 53-year-old man who had been working in eastern China.

The man was eventually discharged but the case prompted the island's authorities to begin research into a vaccine they hope to roll out by late 2014.

Secretary Ko said Hong Kong had suspended the import of live poultry from Shenzhen and escalated the grade of its flu contingency plan to "serious", according to the RTHK report.

People who had come into close contact with the patient recently have also been admitted to another hospital for isolation and testing.

In August, Chinese scientists reported the first likely case of direct person-to-person transmission of H7N9, but stressed that the virus, believed to jump from birds to people, was still inadept at spreading among humans.

Avian flu viruses have been around for a very long time in wild birds. They do not generally cause disease in humans, though in rare cases they mutate and jump species.

A report by researchers published in The Lancet medical journal in October said closing live poultry markets, though a huge economic setback, is a sure-fire way of curbing H7N9.