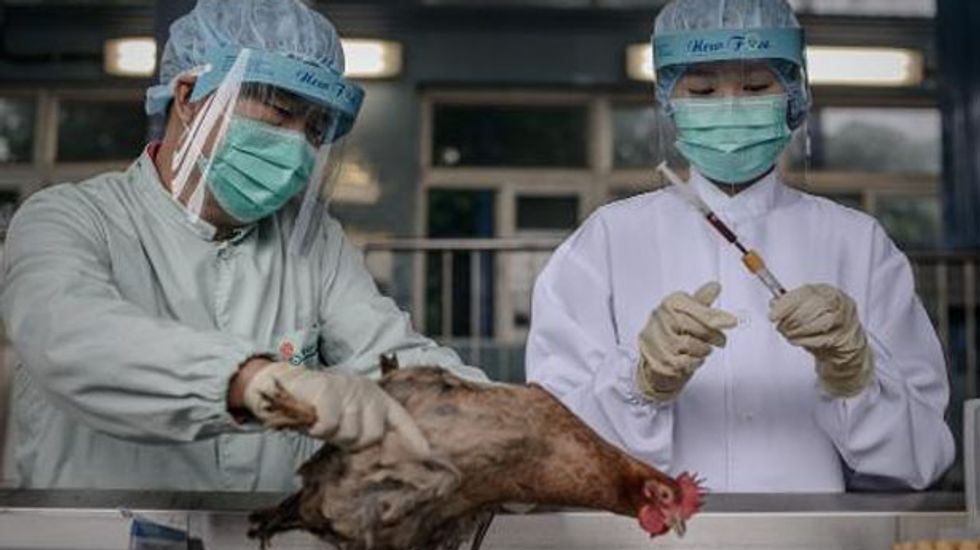 Hong Kong health authorities on Friday confirmed a new human case of the deadly H7N9 bird flu, the second case to come to light in less than five days.

An 80-year-old man has been infected and is hospitalised in the southern Chinese city, Hong Kong Centre for Health Protection controller Leung Ting-hung told reporters at a press conference.

"Tonight we have confirmed the second human case of avian flu influenza A H7N9 we believe this is an imported case," Leung said, adding that the patient has been living in the neighbouring mainland China city of Shenzhen.

The man, a Hong Kong resident, was admitted to the city's Tuen Mun hospital on Tuesday due to underlying medical conditions, but developed a fever on Friday.

He is currently in a stable condition and is being treated in an isolation ward.

Officials are still investigating whether or not the patient had come into contact with poultry on the mainland.

"We are still investigating if the patient had exposure to poultry, but he definitely did not in Hong Kong," Leung said.

Though this was the second case of human H7N9 bird flu in the former British colony in less than a week, officials said there was no need to worry about an outbreak.

"There is no evidence that this virus can cause sustained human-to-human transmission so the risk of widespread or community-wide outbreak is low," Leung said.

"We expect sporadic cases of human avian influenza H7N9 to occur from time to time as the temperature falls at this time of year," he added.

Officials have started tracing the patient's relatives both in Hong Kong and in Shenzhen, placing patients and healthcare workers who were in contact with the man at the hospital under "medical surveillance".

On Monday the city admitted a 36-year-old Indonesian domestic helper who was infected with the virus.

"She has a history of travelling to Shenzhen, buying a chicken, slaughtering and eating the chicken," Hong Kong health minister Ko Wing-man had said.

Health officials said they have not found any links between the two cases.

On Tuesday the Hong Kong government said it would quarantine 17 people who had been in close contact with the Indonesian patient.

Border health checks have also been stepped up with extra health officials deployed to carry out random temperature checks at entry points to the city, which already have thermal imaging systems.

Hong Kong is especially alert to the spread of viruses after an outbreak of Severe Acute Respiratory Syndrome (SARS) swept through the city in 2003, killing 299 people and infecting around 1,800.

In all, 138 human cases of H7N9 have been reported in mainland China since February with 45 deaths, according to the World Health Organization.

CNN legal analyst Elie Honig on Friday mocked the Capitol rioter whined in court about how unfair it was that he's been detained for a whole month after breaking into House Speaker Nancy Pelosi's office.

Arkansas resident Richard Barnett, who was infamously photographed with his feet placed on Pelosi's desk during the January 6th riots, screamed at a judge in court on Thursday about the unfairness of his situation.

A Michigan teen called out her classmates' racist attacks after she said school officials stood silent.

Tatayana Vanderlaan is one of only five Black students at Hartland High School, and she said teachers did nothing after some boys called her the N-word, made fun of her appearance and made threatening remarks, reported WJBK-TV.