Human ancestor was less-chimp-like than thought 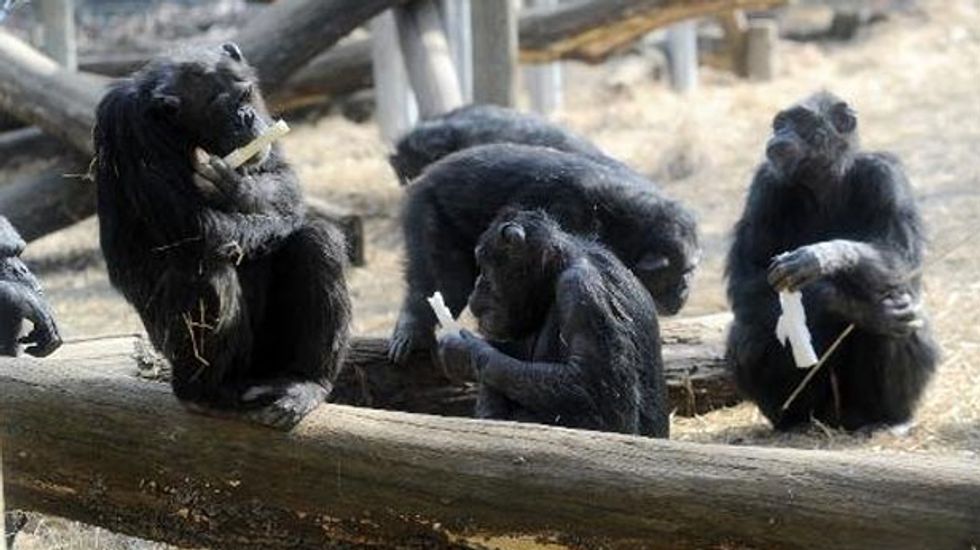 The last common ancestor of Man and Ape was not a knuckle-walking, tree-swinging hominid resembling today's chimpanzee, said a study Tuesday challenging some long-held theories of human evolution.

Rather than a prototype chimp as commonly believed, our common forefather was an ape unlike any that exists today.

From it, humans and modern-day apes evolved into two completely different directions, according to research published in the journal Nature Communications.

"The majority of palaeoanthropologists tend to assume that the last common ancestor of chimpanzees and humans looked like a chimpanzee," said anatomical scientist Sergio Almecija of the Stony Brook University Medical Center in New York.

"However, there is growing evidence suggesting that the... great apes are not 'living time machines' reflecting our past, but that they have also evolved since their lineage split from that of humans millions of years ago."

Almecija and a team from the United States and Spain base their conclusions on the study of a femur from an ape dubbed "Millennium Man" that lived in Kenya some six million years ago.

Theirs was the first study to compare Millennium Man's physiology not only to humans and living apes, but also fossil apes that lived in the Miocene period some 23 to 5.3 million years ago.

Their analysis placed the tree-climbing, upright-walking specimen, scientific name Orrorin tugenensis, into an evolutionary bracket between the unidentified common human-ape ancestor and the line that led to modern homo sapiens.

This, in turn, filled in some evolutionary knowledge gaps, and showed the common ancestor was likely very similar to Orrorin and very different to modern chimps -- which diverged with humans about 7-6 million years ago.

"Our... reconstruction reveals that some Miocene apes represent a more appropriate model for the ancestral morphology from which hominins (humans and their ancestors) evolved than do (living) great apes," said the study.

The last common ancestor, whose identity remains uncertain, most likely walked around on all fours like today's apes, but leaning on its palms instead of front knuckles, said Almecija.

Like the Miocene apes, it would have had smaller hands and shorter, straighter fingers than modern chimps, and probably did not swing through the trees hanging from branches -- instead shuffling about the canopy on all fours, sometimes upright, grabbing onto branches for support.

The Miocene had a far greater diversity of apes than the world today, said Almecija.

But since they did not look or move like today's chimp, Man's closest living genetic relative, they were largely overlooked in the study of human evolution.

"Living apes (chimpanzees, gorillas and orangutans) have long and independent evolutionary histories of their own, and their modern anatomies should not be assumed to represent the ancestral condition for our human lineage," said Almecija.

"To understand the origins of human bipedalism, scientists should stop assuming a 'chimpanzee starting point'," he told AFP.

Such assumptions may lead to "strongly misguided hypotheses on the actual pathway of human evolution," according to the study.