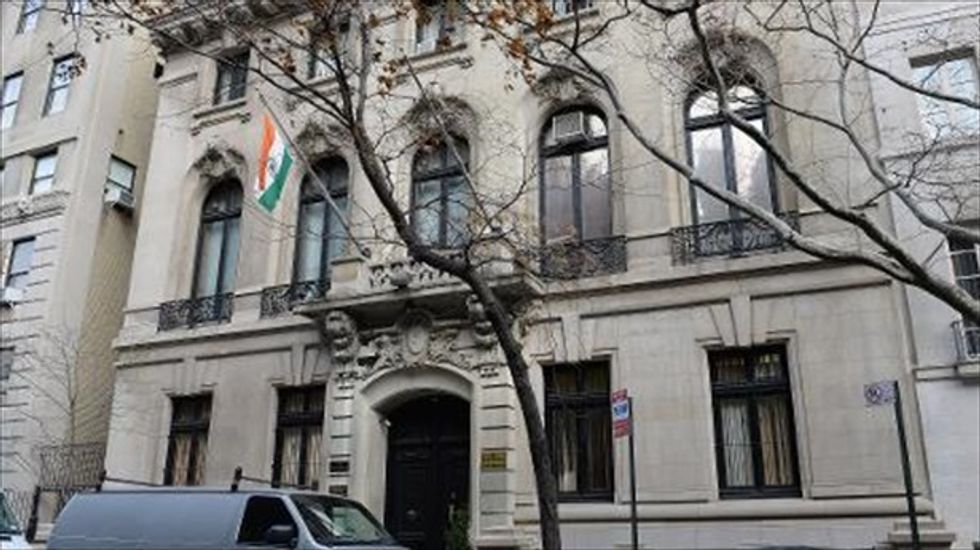 US law enforcement officials admitted Tuesday that a female Indian diplomat was strip-searched after she was arrested last week, in a case which has sparked fury and fierce reprisals from India.

Amid a growing row, New Delhi is taking a series of measures against US diplomats in the country after the arrest on Thursday in New York of deputy consular general, Devyani Khobragade.

India has denounced her arrest while she was dropping her children off at school as "humiliating."

She was detained for allegedly underpaying her domestic helper who is also an Indian national and for lying on the helper's visa application form.

State Department deputy spokeswoman Marie Harf admitted it was a "sensitive issue" but insisted it was a "separate and isolated incident" which should not "be tied together" and allowed to affect broader US-Indian ties.

As a consular official, Khobragade does not have full diplomatic immunity, but has consular immunity which "only applies to things done in the actual functions of one's job," Harf added.

Asked whether Khobragade was strip-searched, the US Marshals Service (USMS) replied "yes," adding that she "was subject to the same search procedures as other USMS arrestees held within the general prisoner population in the Southern District of New York."

It confirmed that Khobragade was also held in a cell with other female detainees, amid claims she had been detained with drug addicts.

"Absent a special risk or separation order, prisoners are typically placed in the general population," the Marshals statement said, adding she had been put in an "available and appropriate cell."

Harf confirmed that she had been arrested by the State Department's diplomatic security office, but had then been handed to the US Marshal service which had been responsible for processing her case at the federal courthouse.

Khobragade was released on a bond the same day, and the Marshals said that after a review of her case they had found that the service had "handled Khobragade's intake and detention in accordance with USMS policy directives and protocols."

"Thus far all indications are that appropriate procedures were followed. But nonetheless... we understand this is a very sensitive issue, and we're continuing to review exactly what transpired," Harf told journalists Tuesday.

But the Indian government retaliated by ordering a range of measures including the return of identity cards for US consular officials that speed up travel into and through India, New Delhi foreign ministry sources said.

Indian security forces also removed barricades outside the US embassy in New Delhi, raising fears for the safety of personnel.

Harf urged the Indian government to uphold all its obligations to protect US diplomats in the country.

Harf also revealed that the State Department had written to the Indian embassy back in September to warn them "of allegations of abuse made by an Indian national against the deputy consular general of India in New York."

The case is the latest involving alleged mistreatment of domestic workers by wealthy Indian families. Many are poorly paid in India and rights groups regularly report cases of beating and other abuse.

"The United States and India enjoy a broad and deep friendship, and this isolated episode is not indicative of the close and mutually respectful ties we share," Harf said in an earlier statement.