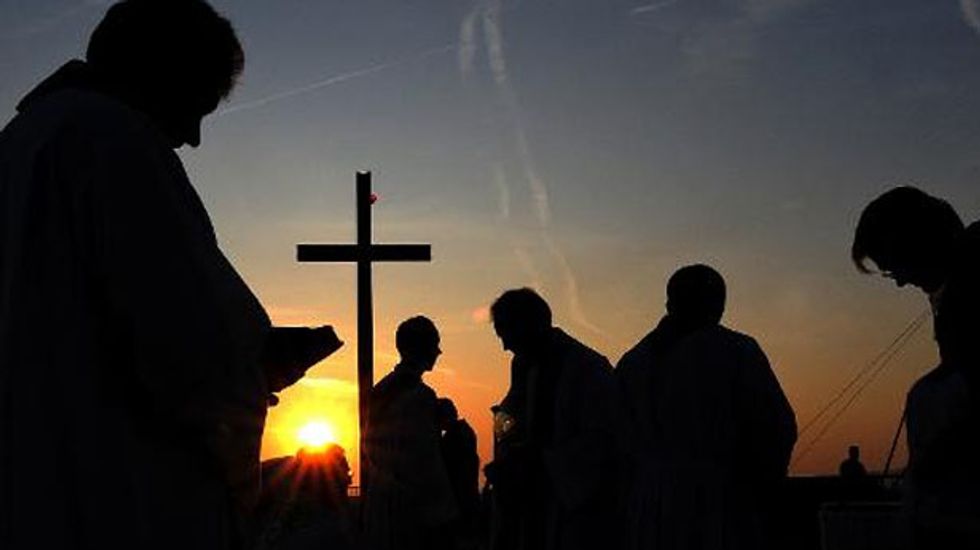 The Legion of Christ (AFP)

The Legion of Christ, an influential Catholic congregation already at the centre of an abuse scandal involving its founder, on Friday said one of its priests had sexually abused a novice in the United States.

"William Izquierdo, former instructor of novices at the Legion's novitiate in Cheshire, Connecticut from 1982 to 1994 sexually abused a novice under his care," the community said in a statement on its website.

The conservative community did not say whether Izquierdo would be punished but pointed out he is now 85 and in "an advanced state of dementia" and in any case has not exercised his ministry since 2008.

Izquierdo will be moved "to an assisted living facility where he will receive proper treatment," it said.

Luis Garza, North American territorial director of the Legion of Christ, expressed "deep sorrow" and called for any more victims of Izquierdo to come forward, saying the group was committed to fighting abuse.

The statement said an internal Canon Law investigation into 35 priests from the congregation accused of abuse had resulted in nine of them being found guilty, including the community's late founder Marcial Maciel.

Fourteen were acquitted either because the accusations were "unfounded" or because their behaviour was judged only "imprudent" and not culpable.

Ten are still being investigated, while two others can no longer be prosecuted under Canon Law, the statement said, without giving further details.

The Legion of Christ has been in deep crisis since the first revelations surfaced about the double life of Maciel, who was accused of abusing eight seminarians and of fathering a daughter despite his chastity vows.

The Vatican has repeatedly promised to crack down on child sex abuse by clergymen and on Thursday Pope Francis said he was setting up a special commission to protect children and offer pastoral care for victims.

It has also, however, refused to answer questions from a UN committee on child protection, saying it was not "legally competent" in cases where priests are subject to national laws in the countries where they were.