Iran resumes talks with world powers over its nuclear program 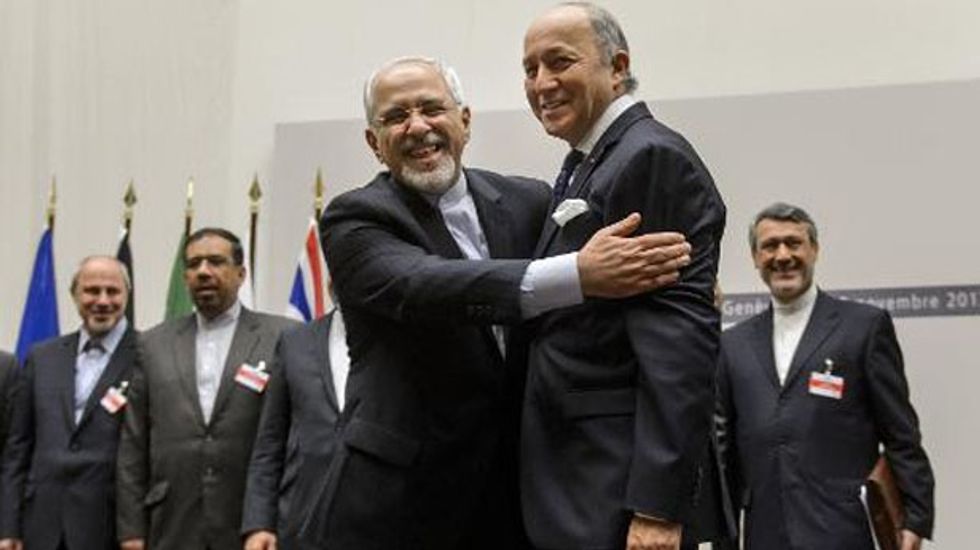 Closed-door talks resumed Monday between Iran and world powers on implementing a landmark deal to rein in Tehran's controversial nuclear programme in exchange for easing sanctions.

European Union foreign policy spokesman Michael Mann told AFP that the Geneva meeting began at 8:30 am (0730 GMT) but that no further details would be available immediately.

Technical experts from Iran and the EU-chaired "P5+1" group -- comprising the United States, China, Russia, Britain, France and Germany -- also held a session two weeks ago in Geneva amid efforts to fine-tune a deal reached by their foreign ministers in the Swiss city on November 24.

The latest talks were set to last for one day, before a break for New Year, Iran's official news agency IRNA quoted deputy foreign minister and nuclear pointman Abbas Araqchi as saying.

On December 22, Araqchi said progress towards implementing the November deal was proving slow because of differing interpretations over its terms, but that the goal was to have it in force by the end of January.

Earlier this month, experts held four days of talks in Vienna -- home of the International Atomic Energy Agency -- but the Iranians walked out after Washington expanded its sanctions blacklist against Tehran.

Under the Geneva deal, Iran agreed to roll back parts of its nuclear programme for six months in exchange for modest sanctions relief and a promise by Western powers not to impose new sanctions.

During the six-month nuclear freeze, Iran and world powers aim to hammer out a long-term comprehensive accord to decisively end the standoff over Iran's contested nuclear programme, after a decade of failed attempts and rising tensions.

Iran denies wanting nuclear weapons but many in the international community suspect otherwise, and neither Israel -- widely considered to be the Middle East's sole if undeclared nuclear-armed state -- nor Washington have ruled out military action.