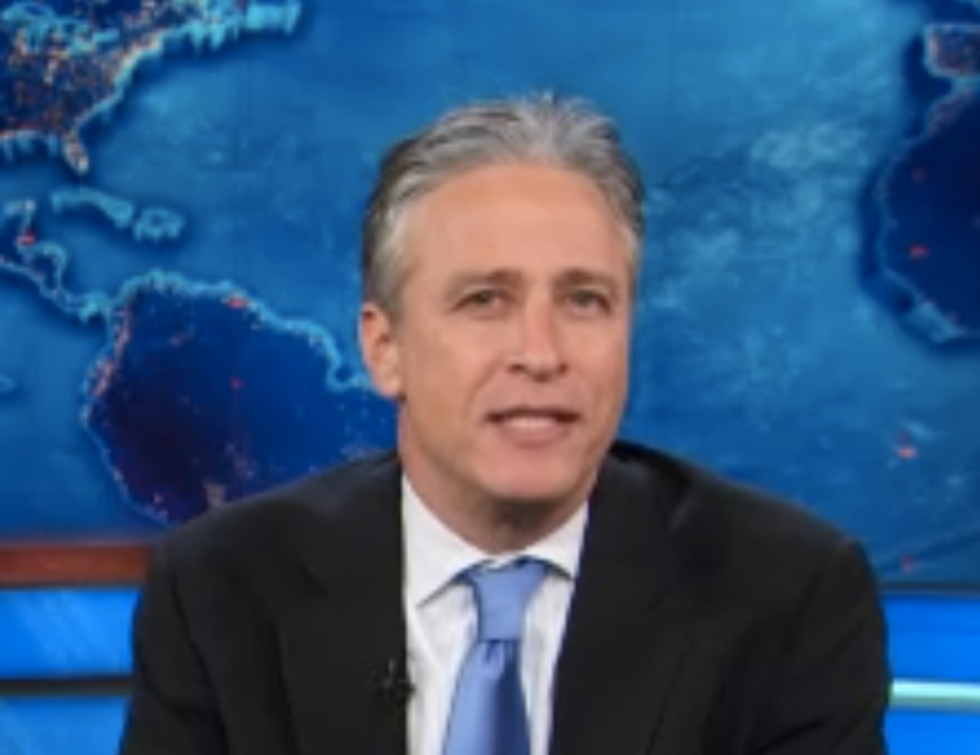 On Wednesday night's edition of "The Daily Show," host Jon Stewart slammed Republicans for their appropriation of civil rights icon Rosa Parks in an ill-considered message on the social medium Twitter.

Like many people, now, Stewart said, "I have one source for news that I turn to more than any other: Twitter."

"Cos I likes my news like I likes my ladies," he said, "short and punchy and delivered second-hand by anonymous sociopaths."

Without Twitter, he said, how would we learn about revolutions in Iran or made-up fights with non-existent women on airplanes?

Over the weekend, the Republican National Committee tweeted a photo of Rosa Parks and announced that they were celebrating "her role in ending racism."

"It's OVER!" Stewart exclaimed, holding up his arms in a referee's "touchdown" position. "It's official! Stick a fork in racism, it's done!"

Viewers might be asking themselves, however, what qualifies the RNC to declare that racism is over. Well who would know better about that, Stewart asked, than "a group of old white men?"

The RNC later modified the tweet, which Stewart considered to be dirty pool. "You declare an end to racism and then three hours later, you start it again?"

Not fair, Republican Party. Not fair.