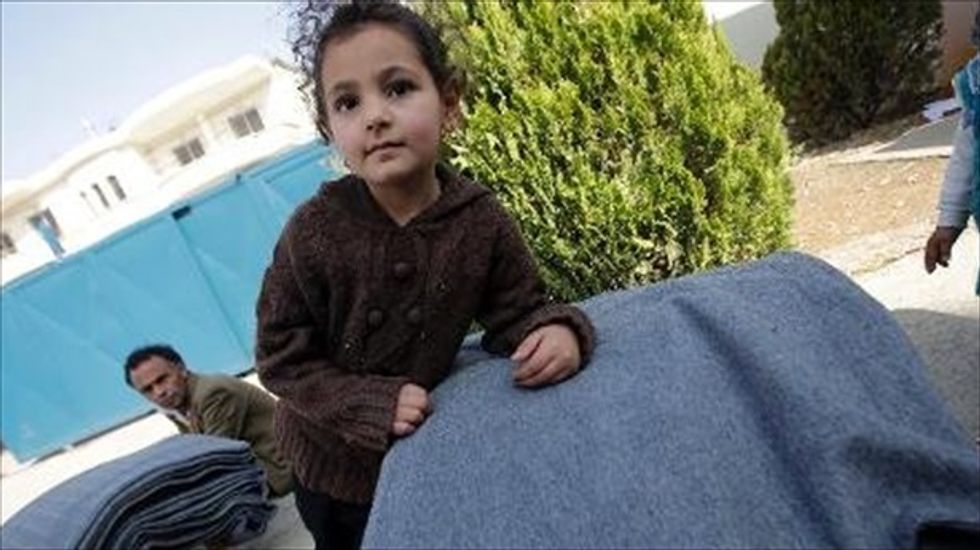 Lebanese authorities are mobilising to help Syrian refugees living in makeshift camps ahead of a winter storm expected to bring snow and heavy rain, the social affairs minister said Monday.

"The ministry, in cooperation with UNHCR and all our partners, has mobilised to do what's necessary to protect Syrian refugees and Lebanese citizens in need during this storm," Wael Abu Faour said.

"There are a large number of informal camps... and quick action is required with the approach of the storm," which is expected to arrive on Tuesday night, the minister added.

"I don't think there is a single Lebanese official who can sleep with a clear conscience while women, children and the elderly -- Syrians, Palestinians or Lebanese -- can't close their eyes because of cold and hunger," he said.

Abu Faour said Lebanese authorities, working with the army and international aid agencies, had begun distributing plastic sheeting and wood planks to refugees living in informal camps, along with heaters and food aid.

At least 835,000 registered Syrian refugees are living in Lebanon, some renting apartments, others living with Lebanese families and thousands sheltering in makeshift shelters in unofficial camps.

The vast majority of the camps are in the Bekaa Valley region in east Lebanon, where temperatures regularly dip below zero and winter brings snow and rain.

The preparations come ahead of the expected arrival of "Alexa," a winter weather front that is forecast to bring several days of rain and snow for Lebanon, and a steep drop in temperature.

"Unfortunately, I can't be very reassuring... we will do our best to alleviate suffering, but not to make it disappear," he said.

"How can we move thousands of displaced people in a few days?"

Lebanon, with a population of four million, has maintained open borders with Syria, allowing hundreds of thousands of refugees to flee into the tiny country.

But the influx, estimated to be more than one million people, has severely tested the country's limited resources.