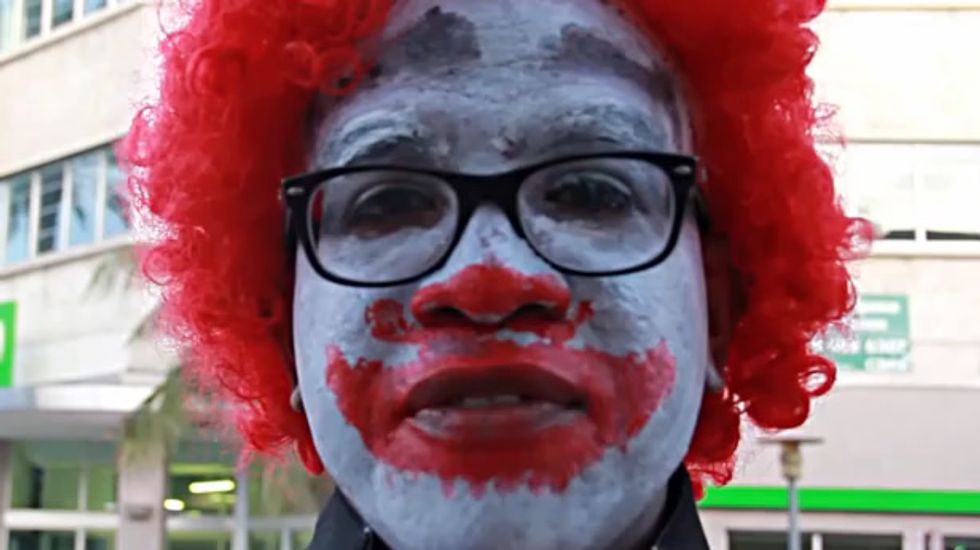 While many McDonald's employees are protesting their low-wages and demanding $15-an-hour pay, the fast-food company is advising them how to spend their disposable income this holiday season.

According to NBC News, McDonald's reprinted Emily Post's End of Summer Tipping Guide" on its employee outreach website. The guide offered suggestions as to how much McDonald's minimum-wage employees should tip their "regular caddy," "tennis or golf pro" and "pool cleaner."

It also suggested that McDonald's employees tip their "dock attendant" between $20 and $50 for his or her services.

At the same time, protesting McDonald's employees in Miami Beach staged a rap-battle in which one employee, David Perez, engaged in a war of words with men dressed as Ronald McDonald and the Burger King.

Organizers said the protests occurred in 100 cities. It was mostly organized by the Service Employees International Union with help from other groups.

According to the event's coordinator, Muhammed Malik, "David Perez beat the Goliath fast-food corporations in a rap-battle, which I think foreshadows real worker victories down the road. Across the country, workers are rising up in Walmart megastores and fast-food restaurants, demanding a living wage and respect - and they, just like David, will win."

Watch the entire rap-battle below.