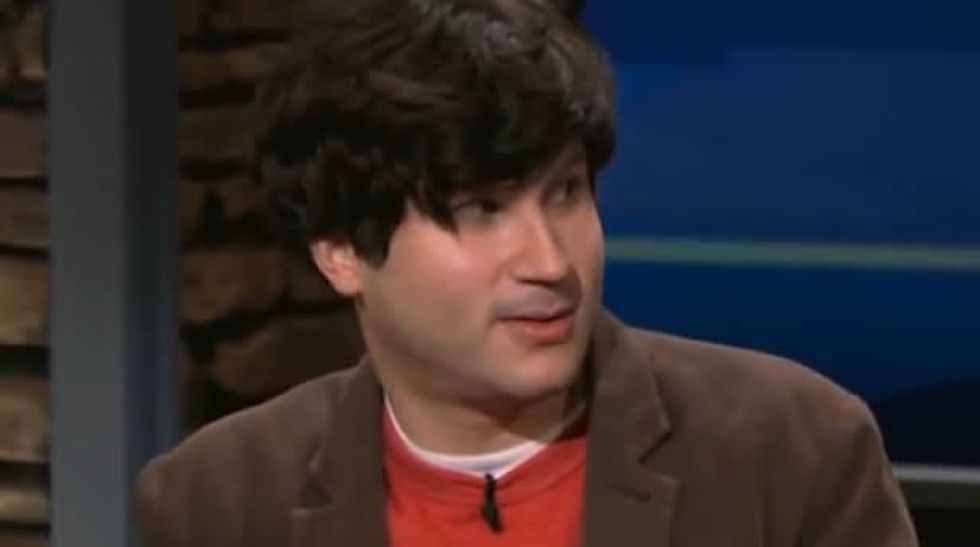 Comedians Joe Mande and Noah Garfinkel went on The Pete Holmes Show last week and told him exactly why neither he, nor anyone else, should ever attend a taping of Fox News's Huckabee while high.

"We thought it would be really funny to put on suits and eat way too many weed cookies, and go see [Huckabee], and it turns out, it's just terrifying," said Garfinkel.

"I've never been more scared and bored in my life," Mande responded.

"They have a mirror," Garfinkel continued, "to make the audience look twice as big, so we were also seated next to a mirror, so we could just look at ourselves being stoned."

"And the reason we put on suits," said Mande, "is we were afraid we weren't going to fit in, like we had to dress like Republicans, and -- not even a necessary thing. Everyone else was in sweatpants, or [were] Chinese tourists who had no idea why they were in this terrible place."

Watch the segment from The Pete Holmes Show below.