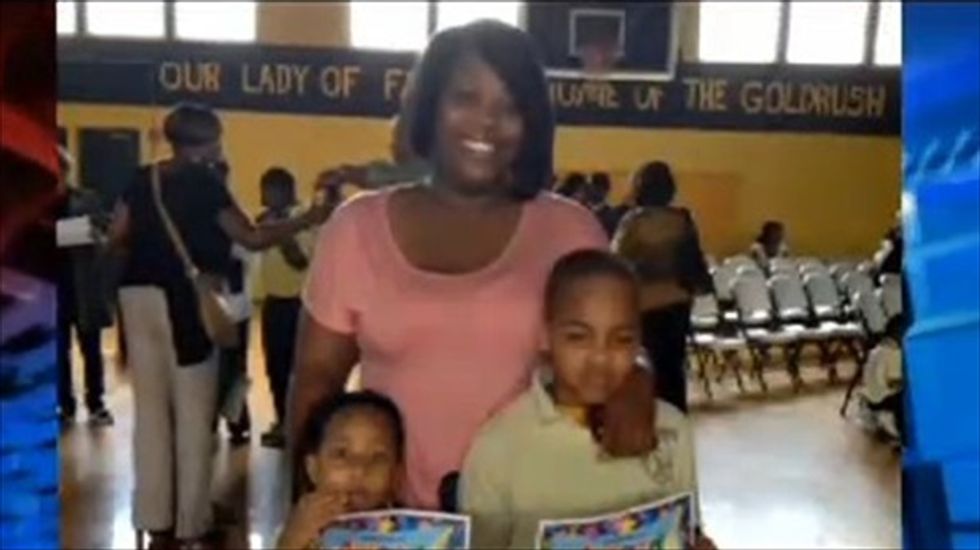 A mother of three in Alabama was shot and killed by another woman who was reportedly upset over a college football loss, WBRC-TV reported on Monday.

Police arrested and charged 28-year-old Adrian Laroze Briskey with murder in connection with the death of 36-year-old Michelle Shepherd. The two women, who did not know each other, reportedly got into an argument at a viewing party for the University of Alabama's Nov. 30 game against Auburn University in Hoover, Alabama.

Authorities said that after the argument moved outside, the two women had a physical altercation before Briskey allegedly shot Shepherd five times. However, the victim's sister, Neketa Shepherd, disputed that account.

"She was like 10 feet away," Neketa Shepherd told AL.com. "My sister never touched her, and she never touched my sister. They never had words."

Instead, Neketa Shepherd explained, the suspect became angry at the two sisters when they were comparing Alabama's last-second loss to a playoff loss by the NBA's Miami Heat, the victim's other favorite team.

"I was saying I wasn't even mad (about the loss)," Neketa Shepherd told AL.com. "Like when The Heat lost in game four, I was sick to my stomach. [Briskey] started cursing. Her friends said she always did that when she got drunk and they took her outside."

Instead, Shepherd said, her sister was shot while standing outside of their car as they tried to leave. Briskey is being held at the Shelby County Jail on $75,000 bond.

WBRC also reported that Michelle Shepherd worked as a case manager for the Dannon Project, a youth outreach program.

Watch WBRC's story on the aftermath of Shepherd's death, aired on Monday, below.