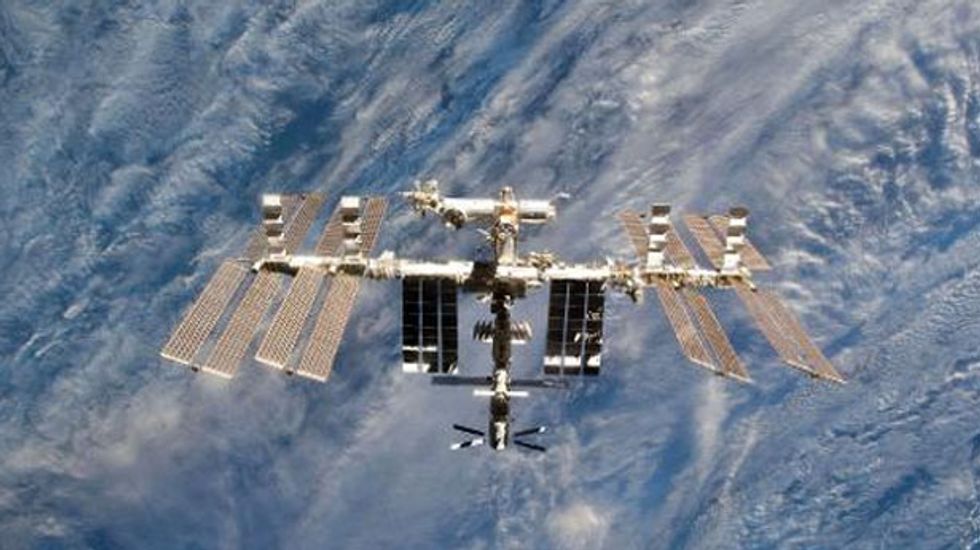 NASA on Tuesday postponed a cargo mission to the International Space Station and instead scheduled three spacewalks so that astronauts can fix a broken cooling system at the research outpost.

The decision means that Orbital Sciences' first regular supply-ship mission to the ISS will be put off until next year.

Instead, a pair of US astronauts will embark on three spacewalks that culminate on Christmas Day, in order to fix the week-old equipment breakdown.

"NASA astronauts Rick Mastracchio and Mike Hopkins will remove a pump module that has a failed valve," NASA said in a statement.

"They will replace it with an existing spare that is stored on an external stowage platform."

On December 11, a faulty valve caused a breakdown in one of the station's two external cooling loops, which circulate ammonia outside the station to keep both internal and external equipment cool, the US space agency said.

Attempts to fix the problem from the ground were apparently not enough to allow the Orbital mission to berth at the research outpost to unload supplies.

NASA said the three spacewalks are scheduled for December 21, 23 and 25.

The six-man crew was never in danger due to the problem, but NASA has said it would like the system fixed for good, and soon.

That means Orbital Sciences' privately owned cargo ship will have to wait for 2014 to start its journey on its first regular commercial mission to supply the orbiting outpost.

The company did a demonstration launch and berthing at the ISS in September, showing it was capable of the mission and paving the way for more supply trips.

When NASA lost its capacity to reach space with the retirement of the 30-year shuttle program in 2011, Orbital Sciences and SpaceX stepped in to fill the void with their privately-made supply spacecraft.

Both companies have lucrative contracts with the US space agency to ferry supplies to the ISS.

SpaceX, the California-based company owned by Internet entrepreneur Elon Musk, became the first private company to reach the ISS in 2012 and has a $1.6 billion contract for 12 missions with its Dragon space capsule.

Orbital has a $1.9 billion contract with NASA for eight cargo missions to the ISS, toting supplies, food, science experiments and spare parts.

The last time astronauts stepped out to replace a faulty ammonia pump was in 2010, and the repair also took three spacewalks to complete.

The December trio of spacewalks will mark the first time astronauts have ventured outside the orbiting outpost since a helmet leak brought an early end to a European astronaut’s outing in July.

Italian Luca Parmitano was wearing a US-made spacesuit when a water leak flooded his helmet and risked drowning him.

Two Russians aboard the station are scheduled to step out on a spacewalk for maintenance work on their own module at the lab on December 27.

Commander Oleg Kotov and Flight Engineer Sergey Ryazanskiy are slated for the outing to install cameras and other equipment on a platform outside the Russian segment of the station.