NASA rigs up snorkel in spacesuit after risky water leak 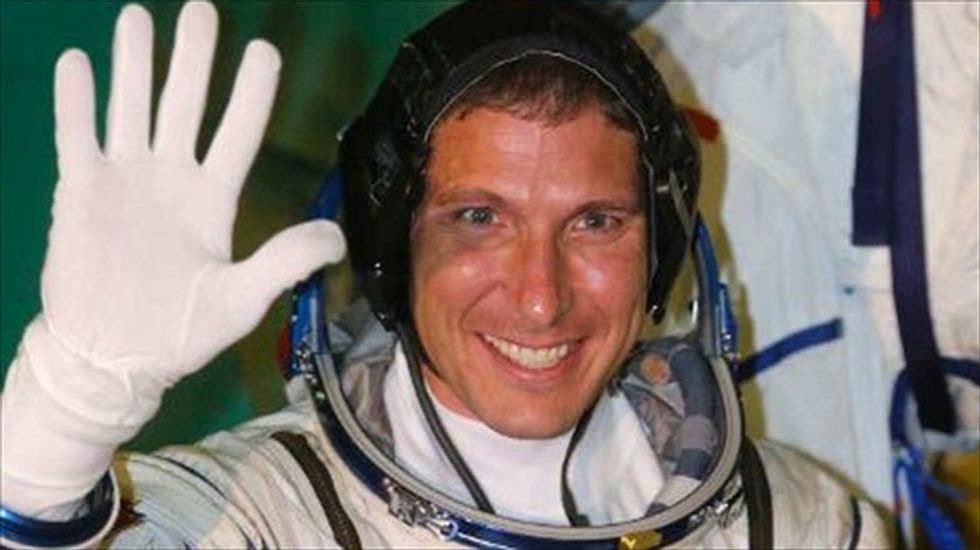 Snorkels in space? NASA dreamed up the idea as a quick fix to a dangerous spacesuit problem so astronauts can step out to repair an equipment breakdown at the International Space Station.

One of the two US astronauts preparing to embark on a series of spacewalks later this week and next will be wearing an American-made suit that had a helmet leak in July, nearly drowning the European astronaut who wore it.

The three emergency spacewalks are planned for December 21, 23 and 25 in order to fix a broken cooling system at the orbiting outpost.

An investigation into the cause of the leak that flooded Italian astronaut Luca Parmitano's helmet and forced him to rush back inside the station in July is still ongoing, NASA officials told reporters Wednesday.

Therefore, faced with an unexpected valve failure last week in the system that regulates the temperature of equipment aboard the 15-year-old orbiting outpost, NASA engineers had to scramble to figure out a way to make the US spacesuits safe for use.

First off, they have replaced the water pump system in the suit Parmitano wore.

In addition, an extra helmet absorption pad has been installed at the inside back of the helmet to soak up any potential leak, and a snorkel has been rigged up to offer another breathing route if needed.

"Some smart engineers on the ground were able to figure out, 'Hey this is a similar diameter to a snorkel that you have for scuba diving,'" said NASA lead spacewalk officer Allison Bolinger.

"By just sacrificing one of our spares on board they were able to come up with a way to just snip off the ends and then file it so it is not rough in the crew member's mouth and then apply Velcro."

American astronaut Mike Hopkins will be wearing the suit Parmitano wore. Both he and fellow US astronaut Rick Mastracchio will have the new snorkels and pads inside their spacesuits as a safety measure.

Their task is to remove the pump module with the faulty valve and replace it with a spare pump that was already aboard the ISS.

Even though the formal investigation into the leaking helmet has not been completed, NASA officials said they were confident that their back-up solutions would allow the astronauts to be safe on their risky outings.

"We had this failure where we flooded the suit," said Mike Suffredini, manager of the International Space Station program, adding that the breakdown took NASA by surprise.

Engineers had thought if such a failure happened, the suit would shut down and the astronaut would be alerted of a 30-minute deadline to get back inside the station, he said.

An extensive review has since been done of all the hazards involved with the suits, which are 35 years old, Suffredini told reporters.

"Based on what we have learned, I would expect that for as long as we have this particularly designed suit, we will keep this pad and snorkel available to the crew."

Dina Contella, International Space Station flight director said the suit Hopkins will be wearing has a brand new fan pump separator and all the water lines and other components have also been changed.

"We feel confident that this suit is a very clean suit and ready to go," she told reporters.