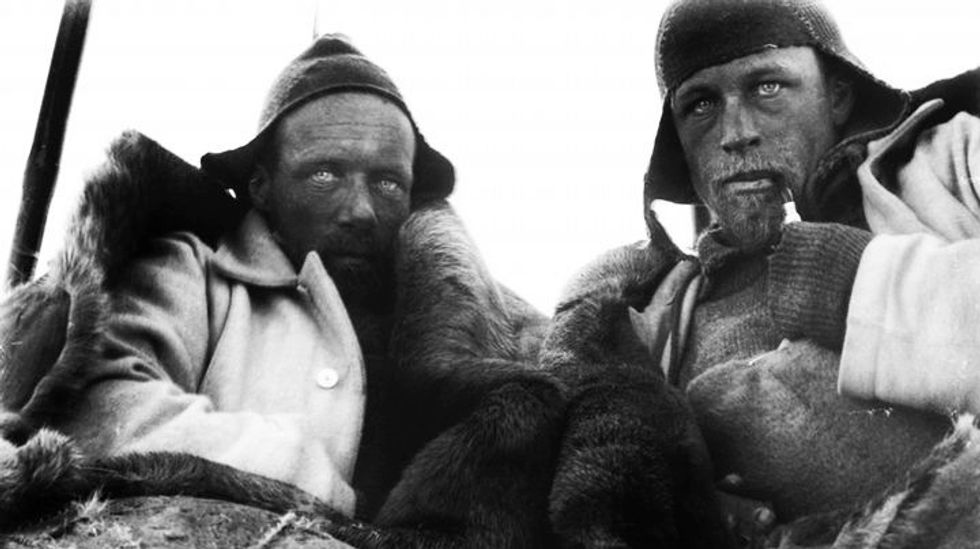 The MV Akademik Shokalskiy has been stranded 100 nautical miles east of the French base Dumont d'Urville for a week, hemmed in by impenetrable pack ice that three separate breakers have been unable to breach.

The Australian government's supply ship Aurora Australis on Monday came within 10 nautical miles of the marooned vessel -- which has 74 research scientists, tourists and crew on board -- but was forced to turn back by snow showers and freezing winds.

Russia's foreign ministry said a decision had been reached overnight to evacuate all 52 passengers by a helicopter on board the Chinese icebreaker Xue Long, which remains nearby after its own aborted bid to reach the Akademik Shokalskiy.

"This rescue will be a complex operation involving a number of steps and subject to factors such as weather," AMSA said.

"The helicopter is unable to fly in the current weather conditions, and will hold off on the rescue until conditions improve. Weather conditions are unlikely to start improving until tomorrow and decisions related to carrying out the rescue may be made at short notice."

AMSA said a landing site had been marked on the ice beside the Russian ship, adding that only passengers and none of the ship's 22 crew would be evacuated.

"The passengers are expected to be rescued by helicopter in groups of 12 and will be initially transported to the Xue Long," AMSA said.

"The Aurora Australis will then use its barge to transfer all 52 passengers on board their vessel. The barge can take up to 22 people at a time."

It would be "a couple of weeks" before they were returned to land, with the Aurora Australis needing to head to Australia's Casey Antarctic base to refuel before heading to Hobart with the passengers, AMSA said.

Ship's doctor Andrew Peacock said the passengers were frustrated but "resigned to keep waiting" and trying to keep their spirits high, with a New Year party planned in the ship's bar.

"(We're) passing the time reading, preparing for a possible helicopter evacuation, continuing ocean studies dropping probes beneath the ice, (watching) movies in the auditorium and working on a new song for New Year's Eve celebrations, which will be a nice dinner and time at the bar," Peacock told AFP.

"We know this is a serious event and we are inconveniencing others. We are not morose or upset, just frustrated and we have no option but to settle in and keep morale high."

The ship is stocked with two weeks' worth of fresh food and another fortnight of dehydrated rations. But Peacock said drinks were running low, with "just enough alcohol left to celebrate" the arrival of 2014.

"We are preparing for evacuation to a dry ship so a few drinks seems reasonable, but we also have to be ready at a moment's notice for the helicopter arrival so staying sober is important," he said.

Peacock said passengers had been upset by speculation on social media that they were not on a "serious science-based" expedition or had been negligent in some way, which he said could "not be further from the truth".

"We were caught as we left to go north en route to home by a new breakout of ice dragged across to this area by strong southeasterly winds. This was a fairly rare event in this specific location," he said.

"The scientists and passengers are very unhappy about the way this has played out but we can't be expected to just sit and be sad or unhappy," he added, defending upbeat photo and video posts from the ship.

Oceanographer Erik Van Sebille recorded one such log from his cabin Tuesday where he was preparing for evacuation.

"It's really a concept of hurry up and wait. Everything must be ready to go as soon as possible, but in the meantime it's a long, long wait ahead."