Norway prepares to put halal reindeer meat on the market 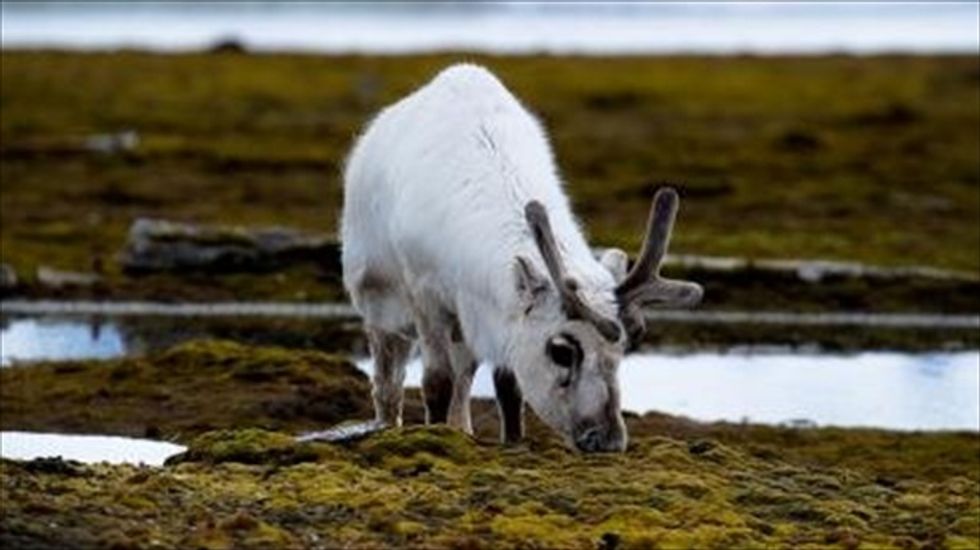 A reindeer is pictured on June 4, 2010 in Ny-Alesund in the Svalbard archipelago, Norway [AFP]

Norway's first-ever halal reindeer meat will soon make it to the dinner tables of Muslims across Norway and places as distant as Dubai.

Vilteksperten, a slaughterhouse that specialises in game meat, has slaughtered 105 reindeer according to Muslim law, in cooperation with the Islamic Council of Norway.

"It's the tastiest meat in the world," said Harry Dyrstad, head of Vilteksperten.

Their reindeer are slaughtered using the same method as for halal meat -- the animal is first stunned and then its throat cut and its blood drained out -- but the halal method includes a blessing by a religious authority.

Halal reindeer meat is new in Norway, although in 2010 the Russian autonomous region of Yamalo-Nenets reportedly exported 1,000 cans of this product to Qatar.

Dyrstad had the idea in the wake of the 2008 financial crisis, when the demand for wild reindeer meat dropped, as it was more expensive than farmed.

"We thought that many people around the world were willing to pay a little bit more to eat a delicious, healthy and nutritious meat," he said.

Norwegian Muslims are the main target for this new product, but halal reindeer meat could also be served in high-end restaurants in Dubai, according to Dyrstad.

"Those who have tried it say it's the best in the world," said Mehtab Afsar, secretary general of the Islamic Council of Norway.

"I'm really looking forward to trying it when it arrives in the shops," he told AFP.