Number of American atheists doubled since 2007, but more still believe in witches or UFOs 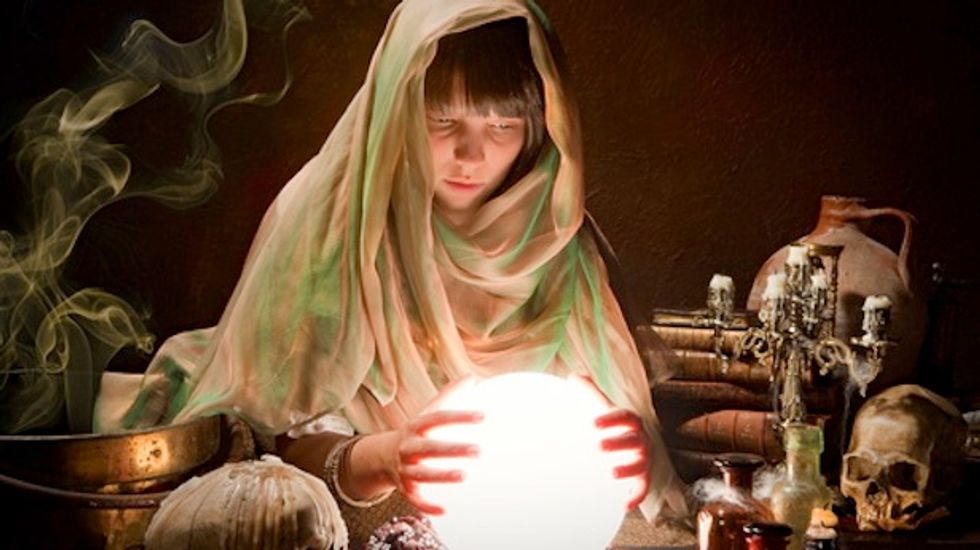 About one-fourth of Americans say they’re not religious at all, a figure that has nearly doubled in six years, but that is still fewer than the number of people who believe in witches and alien spacecraft.

A new Harris Poll found that 74 percent of U.S. adults believe in God, but that percentage has dropped from 82 percent who claimed religious faith in previous polls conducted over the past eight years.

Absolute certainty in God’s existence dropped to 54 percent, nine percentage points fewer than in 2003, and just 19 percent of those polled described themselves as very religious.

Four in 10 respondents said they were somewhat religious, down from 49 percent in 2007, while 23 percent of Americans claimed no religious faith at all, up from 12 percent in 2007.

Belief in Darwin’s theory of evolution rose from 42 percent to 47 percent over that same period – more than those who believe in ghosts (42 percent), creationism and UFOs (36 percent), astrology (29 percent), witches (26 percent) and reincarnation (24 percent).

Although fewer people report beliefs in supernatural phenomena, far more Americans believe in miracles (72 percent), heaven (68 percent), Jesus as the son of God (68 percent), the resurrection of Jesus Christ (64 percent), the devil and hell (58 percent) and the Virgin birth (57 percent) than the theory of evolution.

Belief in all of those subjects dropped between 3 percent and 7 percent since 2005.

Republicans are less likely (36 percent) than Democrats (52 percent) and independents (51 percent) to believe in evolution.

[Image: Beautiful young gypsy reading the future in a crystral ball via Shutterstock]