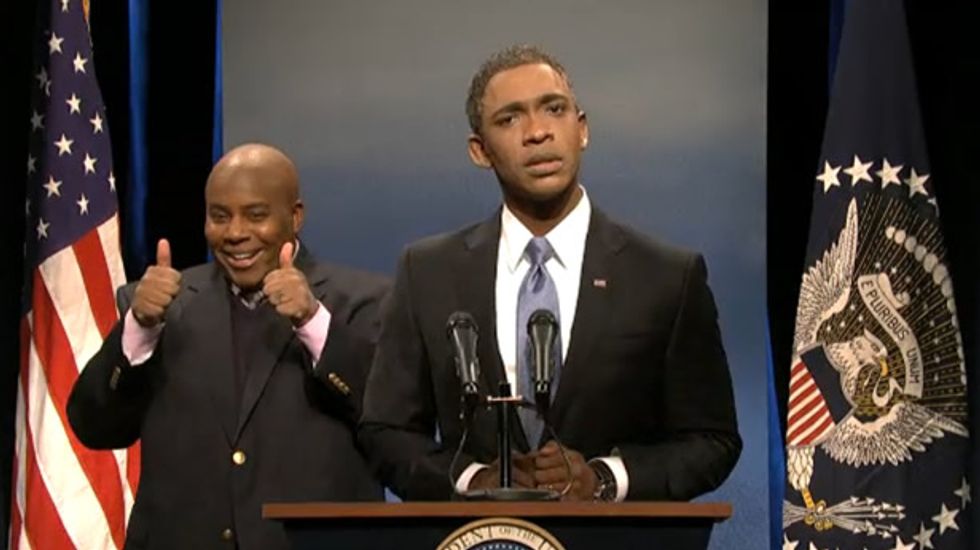 The cold open on this week's episode of Saturday Night Live featured Jay Pharoah playing President Obama at a news conference in which he addressed the "controversies" of the past week.

"Obama" begins by discussing what happened at the memorial for Nelson Mandela. "I felt like Lemony Snicket," he said. "Because I experienced a series of unfortunate events."

"First, I got roped into taking a selfie with the blonde female Danish prime minister. Some people said Michelle was angry at me for that," he continued.

"But I talked to her afterwards, and I can assure you -- she was furious."

"Then I got caught shaking hands with Raoul Castro," he said. "In my defense, he told me he was Edward James Olmos."

"Finally, there was a sign language interpreter who clearly had no idea what he was doing. But those were merely distractions," he said. "Tonight, I want to focus instead on healthcare."

At which point, Kenan Thompson emerged behind "Obama" and began "interpreting" his healthcare speech via sign language.