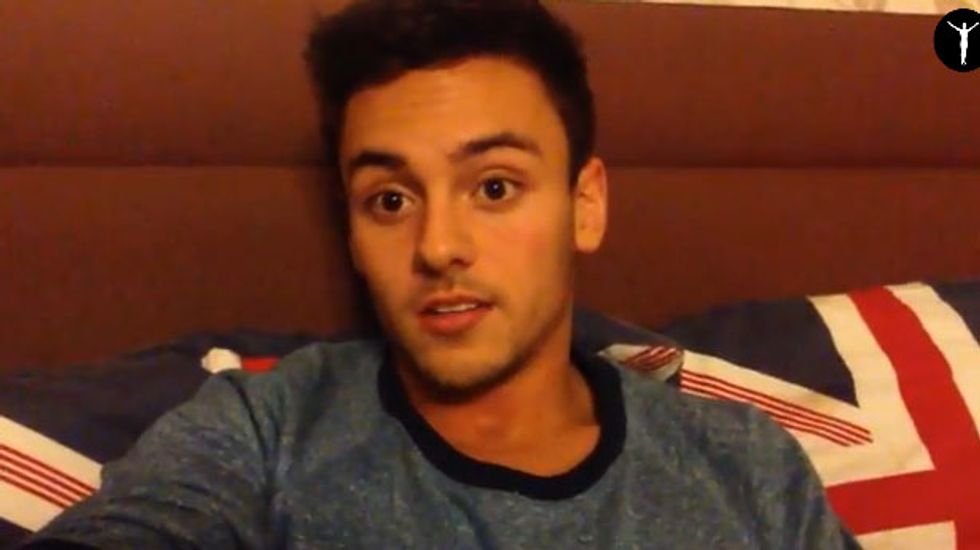 British diving star Tom Daley said on Monday he was in a relationship with a man but that he still "fancied" girls as he became the latest sports star to make a public declaration regarding their sexuality.

The 19-year-old, a bronze medallist at last year's London Olympics and one of the faces used in the pre-Games publicity, made the announcement in a YouTube clip which he hoped would end "rumours and speculation".

"Come spring this year my life changed massively when I met someone and they made me feel so happy, so safe and everything just feels great -- and that someone is a guy," said Daley.

"Of course I still fancy girls but right now I'm dating a guy and I couldn't be happier."

Daley added: "In an ideal world I wouldn't be doing this video because it shouldn't matter but recently I was misquoted in an interview and it made me feel really angry and frustrated, and emotions that I've never felt before when reading something about myself, and for me honesty is something that I really do believe in.

"People will say, 'But what would your dad say?'. "He always said to me as long as you're happy I'm happy, and right now I couldn't be happier.

"My mum's been supportive as well... all my friends and family have been so supportive which has been great."

Daley's father Rob, who had nurtured his career, died of cancer aged 40 just over a year before the Olympics.

The diver, who appeared on TV game shows after the London Games, said he still wanted to win gold at the 2016 Rio Olympics.

Daley finished on the podium in the 10-metre event in London last year.

He follows other leading divers in making a public statement about their sexuality.

Australia's Matthew Mitcham announced he was homosexual shortly before he won a diving gold medal at the 2008 Olympics in Beijing, while four-time Olympic diving champion Greg Louganis came out as gay following his retirement in 1995.