One month after Super Typhoon Haiyan, survivors struggle to put their lives back together 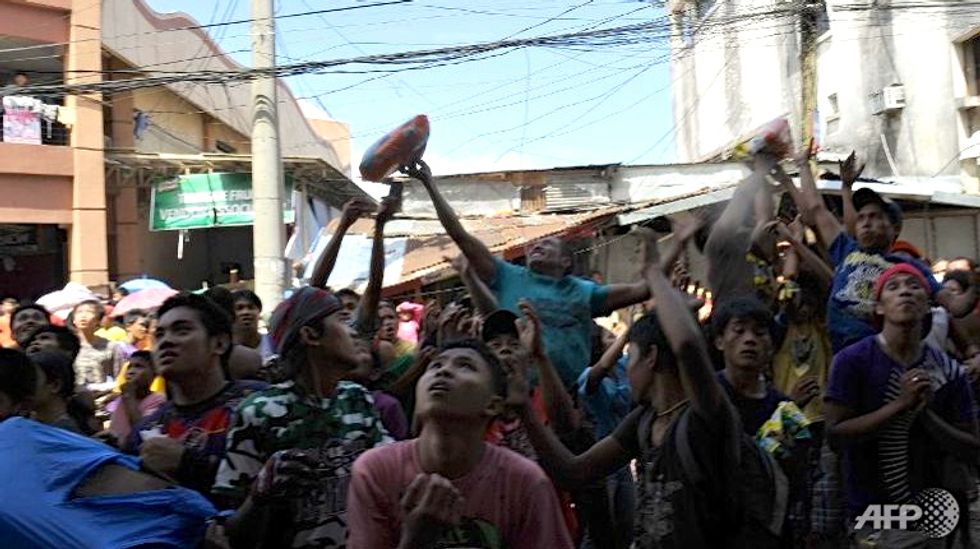 A month after one of the strongest typhoons ever recorded hit the Philippines, masses of survivors are living amid rubble in rebuilt shanty homes and experts say reconstructing destroyed communities will take years.

The sight of people sleeping and cooking in wasteland towns highlights the overwhelming problems as an initial, frenzied emergency relief effort transforms into one focused on long-term rehabilitation.

"A lot of people have received emergency assistance, but this is just the beginning," Matthew Cochrane, a spokesman for the United Nations Office for the Coordination of Humanitarian Affairs in the worst-hit city of Tacloban, told AFP.

The Philippines endures more than 20 major storms a year but Super Typhoon Haiyan was the most destructive on record, with at least 5,796 people killed and another 1,779 missing, according to government data.

Haiyan also made history as having the strongest winds ever recorded to make landfall, striking the eastern island of Samar with gusts of 315 kilometres (195 miles) an hour.

But surprise storm surges proved to be more devastating than the winds, sending walls of water up to two storeys high through dozens of mostly poor coastal communities on Samar and neighbouring Leyte island.

More than a million homes were damaged or destroyed, while water rushed through schools and other supposedly safe coastal buildings that were serving as evacuation centres, killing many people sheltering there.

Cochrane said one of the top priorities, exactly one month after Haiyan struck on November 8, was building new homes and communities for roughly 500,000 families.

But with the process expected to take up to five years and cost billions of dollars, many people have already left evacuation centres and started the rebuilding themselves, often using salvaged material.

In Tacloban, 81-year-old Gnerio Trinidad sat at the weekend inside her tiny wooden home that was rebuilt on stilts above a putrid swamp of debris, as her neighbours threw broken furniture and shattered coconut trees onto a fire.

"I'm afraid that another typhoon will come, but there's nowhere else to go... if the government gives us another place to live, we will move," Trinidad said as her three grandchildren played in the house.

In a neighbouring district, 18-year-old Ronnie Melaflor had recently finished erecting a makeshift Christmas tree using a bamboo pole and tinsel. It stood on broken concrete and tiles next to his family's wooden hut.

"We can't put a tree inside, but I still want to celebrate Christmas," said Melaflor, who escaped the devastation wrought upon his community by sheltering with his seven siblings and parents in a nearby school.

Outside of the cities, the government and relief workers are rushing to help tens of thousands of farmers who lost their livelihoods in the storm.

The next rice harvest must be planted this month, so urgent programmes are underway to clear farms of debris, fix irrigation channels and get seeds out to remote areas.

"This is a huge issue for food security... it's going to be an enormous challenge to meet the deadline," Ian Bray, a spokesman for international charity Oxfam, told AFP.

Hundreds of thousands of people will also need some form of help to address the mental trauma of living through what many in the mainly Christian country have likened to hell.

"In a disaster like this it’s not just about meeting the physical reconstruction needs, it's about addressing the mental scars," said International Federation of the Red Cross spokesman Patrick Fuller.

Church services on Sunday were part of that healing process, with survivors listening to sermons focused on hope and resilience.

"Whatever hardships and sufferings we have had, we should try to move on and forget and start all over again," Father Isagani Petilos told a morning mass at Tacloban's Santo Nino Church, which still has missing windows and holes in its roof.

"We have to learn to accept what happened in our lives, and we can still hope that there's a beautiful life ahead."