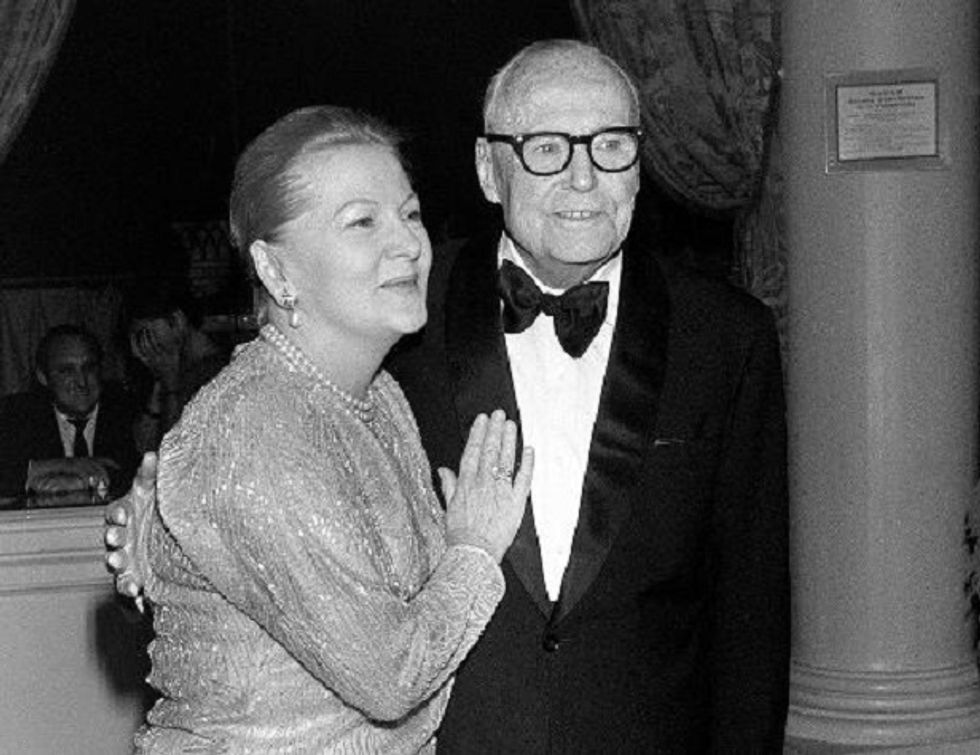 The Hollywood Reporter cited Fontaine's assistant Susan Pfeiffer as saying the actress died from natural causes at her home in Carmel, northern California.

Born in Japan to British parents, Fontaine moved in 1919 to California, where she and her elder sister -- screen idol Olivia de Havilland -- were to forge successful movie careers.

Fontaine and de Havilland remain the only siblings to have won lead actress honors at the Academy Awards.

Yet the two sisters also had an uneasy relationship, with Fontaine chronicling a bitter rivalry in her memoir "No Bed of Roses."

Fontaine began her acting career in her late teens with largely minor roles on the stage and later in mostly B-movies in the 1930s.

It was not before legendary British film director Hitchcock spotted her a decade later that her career took off.

Taken aback by her expressive looks, the suspense master cast Fontaine in his first US film, a 1940 adaptation of the Daphne du Maurier novel "Rebecca." She received an Academy Award nomination for her performance as a troubled wife.

A year later, Fontaine finally won the long-sought golden statuette, for her role as leading lady in "Suspicion" opposite Cary Grant, becoming the first and only actress to earn the title for a Hitchock film.

Although her sister, Olivia de Havilland, preceded her in gaining Hollywood fame, Fontaine was the first of the siblings to win an Oscar, trumping Olivia's nomination as best actress in Mitchell Leisen's "Hold Back The Dawn."

The animosity between the sisters was felt at the Oscars ceremony.

"I froze. I stared across the table, where Olivia was sitting. 'Get up there!' she whispered commandingly," Fontaine said.

"All the animus we'd felt toward each other as children... all came rushing back in kaleidoscopic imagery... I felt Olivia would spring across the table and grab me by the hair."

Olivia did not win her first Oscar until 1946, for her role as the lover of an itinerant World War I pilot in Leisen's "To Each His Own."

Fontaine later revealed her sister had snubbed her as she attempted to offer congratulations.

"She took one look at me, ignored my hand, clutched her Oscar and wheeled away," she said.

The sisters were also reportedly rivals in love. Eccentric tycoon Howard Hughes, who dated the elder de Havilland for a time, proposed to Fontaine several times.

"I married first, won the Oscar before Olivia did, and if I die first, she'll undoubtedly be livid because I beat her to it!" Fontaine once quipped.

As her film career mellowed in the 1950s, Fontaine turned to television and dinner theater, and also appeared in several Broadway productions, including "The Lion in Winter."

Anything but the ordinary lady, Fontaine was also a licensed pilot, a champion balloonist, an accomplished golfer, a licensed interior designer and a Cordon Bleu cook.

Wed four times, she divorced her last husband, Alfred Wright, in 1969 and once declared that "marriage, as an institution, is as dead as the dodo bird."

Fontaine is survived by her daughter, Deborah. In 1952, she adopted a Peruvian girl, Martita, who ran away from home in 1963.

[IMAGE: In this file photo, US director Henry Hathaway pose with actress Joan Fontaine, on September 3, 1983, during the 9th American Film Festival of Deauville, France -- via AFP]