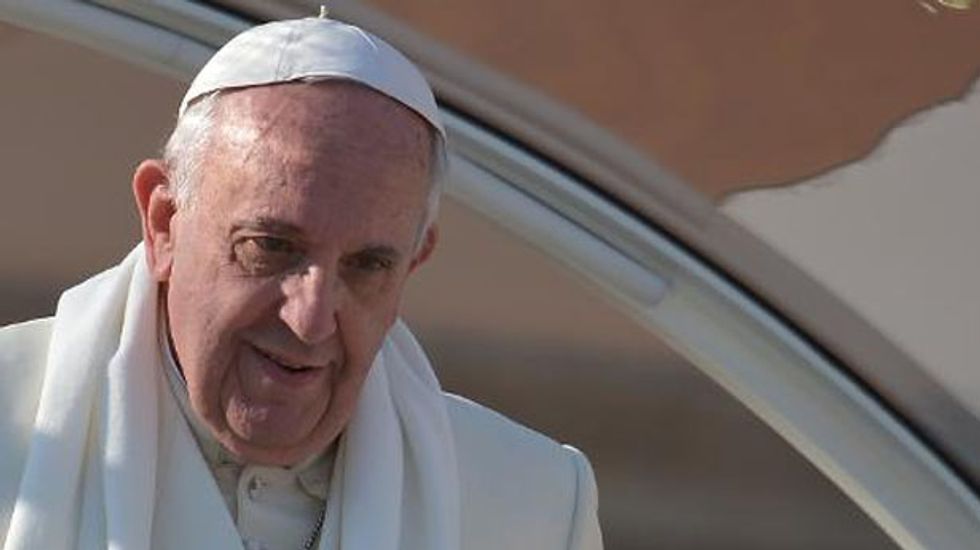 Pope Francis on Thursday urged governments around the world to show more solidarity and strive for equality following a period of economic crisis, a day after being declared "Person of the Year" by Time magazine.

"The succession of economic crises should lead to a timely rethinking of our models of economic development and to a change in lifestyles," Francis said in his message for New Year's Day, which is World Peace Day.

"Effective policies are needed to promote the principle of fraternity, securing for people... access to capital, services, educational resources, healthcare and technology," he said in a written text which will be read out in Catholic churches on January 1.

Governments have a "duty of solidarity" towards poorer nations and a "duty of social justice" towards their citizens, while individuals should also practice fraternity by "sharing their wealth", he said.

He also said disarmament accords were not "sufficient to protect humanity from the risk of armed conflict".

"A conversion of hearts is needed which would permit everyone to recognise in the other a brother or sister," he said.

Francis called for "a culture of solidarity" and said the biblical story of Cain and Abel showed "the difficult task to which all men and women are called, to live as one, taking care of each other."

"Rampant individualism, egocentrism and materialistic consumerism, weaken social bonds, fuelling that 'throw away' mentality which leads to a contempt for, and the abandonment of, the weakest," he said.

He also reiterated his critique of financial speculators saying they were often "both predatory and harmful for entire economic and social systems, exposing millions of men and women to poverty".

Cardinal Peter Turkson, head of the Vatican's pontifical council for justice and peace, explained the pope's message at a press conference and drew an analogy with anti-apartheid icon Nelson Mandela.

"By his example and leadership, Nelson Mandela facilitated the conversion of hearts away from fratricide," said Turkson, who represented the Vatican at this week's memorial service for Mandela in Soweto.

"Conversion of minds and hearts is what Pope Francis is pursuing daily," he said.