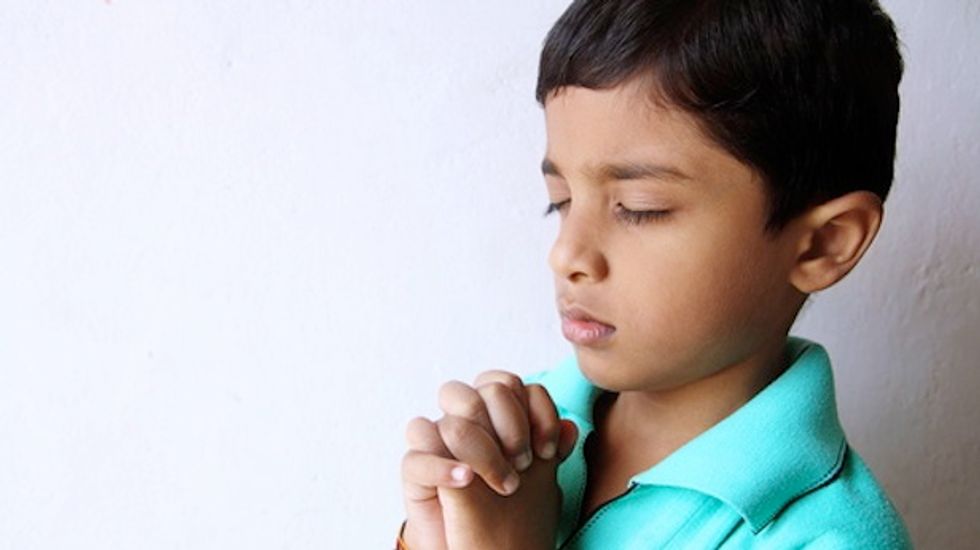 The ACLU backed off a threat to sue a southwest Ohio school district that invited an evangelical group to teach students about archery and creationism.

A parent complained that an instructor from the group His Pins had told students at Berry Elementary School that “God created the earth and humans and the bow and arrow were one of their first primitive weapons.”

The ACLU had reminded Lebanon City Schools in a letter that recent court cases had found creationism cannot be taught in public schools, but the civil rights group decided not to file a lawsuit after school officials asked the instructor to drop the religious references.

The instructor, who is a youth manager at Countryside Church of the Nazarene, made clear in a news report that the program teaches about religion and creationism in addition to archery.

But religious items and prayer could be returned to public schools if Ohio lawmakers approve the Religious Freedom Restoration Act.

Rep. Tim Derickson (R-Oxford) said the bill that was introduced Wednesday was a “preventative attempt” to block further limits of religious expression, such as displaying portraits of Jesus or Nativity scenes in public schools, as well as zoning limits for churchs.

“A court being asked to remove Jesus in a manger would have to prove it is in government’s interest,” said Rep. Bill Patmon (D-Cleveland).

But a staff attorney for the Freedom From Religion Foundation said the proposal was not just bad policy – it’s dangerous.

“The proposal creates special exemptions from state laws for those who claim any religious burden,” said staff attorney Patrick Elliott.

Elliott said the Ohio constitution already protects interference with the rights of conscience, but the proposed legislation would greatly expand that designation.

“The bill would broadly allow anyone to claim a ‘burden,’ not just substantial burdens and not just for religious conduct but also for any action that is ‘ substantially motivated’ by religious beliefs,” Elliott said. “The wording is so broad that all aspects of state enforcement, state statutes, and local ordinances would be impacted.”

If the bill passes, Ohio would join 17 other states with similar laws and would be similar to a federal religious freedom act passed in 1993 and singed by President Bill Clinton.

Firefighters in Washington, D.C., cited the law in claiming they wore beards as a religious expression, and two churches in Chicago cited the law to oppose land acquisition for an airport runway expansion.

The U.S. Supreme Court eliminated the scrutiny standard in a 1990 ruling.

Rev. Deniray Mueller, of the Ohio Council of Churches, said the proposed legislation was based in part on concerns over narrow exemptions for religious groups from requirements of the federal Affordable Care Act.