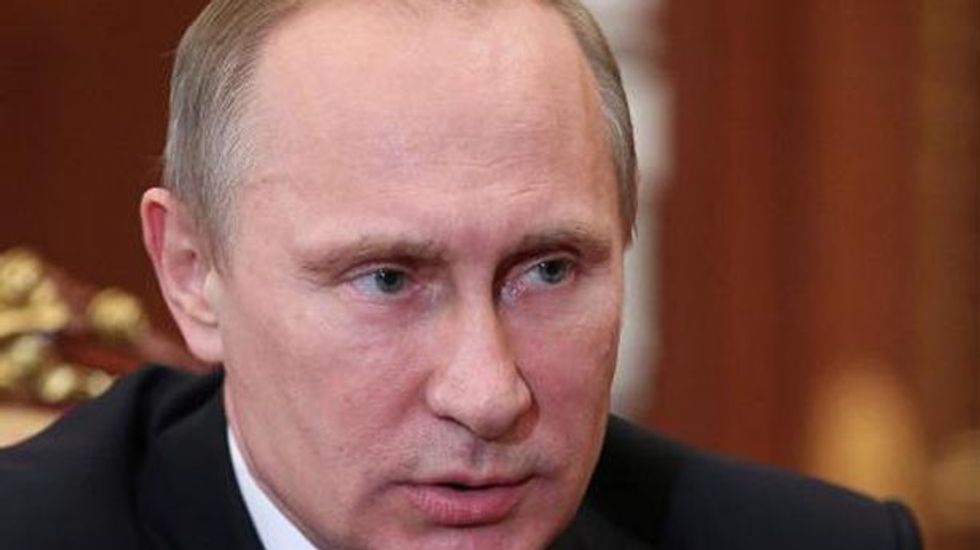 A bombing at the main railway station of the southern city of Volgograd killed 18 people on Sunday while a second strike that hit a trolleybus on Monday claimed 16 lives.

The blasts are Russia's deadliest since a suicide raid on Moscow's Domodedovo airport that was claimed by Islamic insurgents from the North Caucasus killed 37 people in January 2011.

The latest violence has laid bare the unchecked threat posed by insurgents, who have vowed to target civilians in a bid to undermine Putin's preparations ahead of the Games' opening ceremony on February 7.

"Dear friends, we bow our heads in front of the victims of the terrible acts of terror. I am sure we will toughly and consistently continue to fight against terrorists until their total destruction", Putin said in his first public comments on the attacks.

Putin made the statement in a traditional midnight New Year's address he recorded during an unannounced visit to Russia's Far Eastern city of Khabarovsk that is seven hours ahead of Moscow.

An earlier prerecorded address that had been broadcast to the inhabitants of Russia's furthest flung time zones of Magadan and Kamchatka did not mention the Volgograd attacks.

Kremlin spokesman Dmitry Peskov confirmed that Putin had broken with a longstanding traditional by departing from the traditional New Year's message that is normally taped in advance at the Kremlin.

He told Moscow Echo radio that a "technical glitch" led to Russians receiving two New Year's addresses from the president -- one that mentioned the Volgograd attacks and one that did not.

Putin had issued a string of directives on Monday ordering security stepped up at public transit points across the nation and extra police deployed on the streets of Volgograd.

More than 5,000 members of the security forces checked traffic and inspect public transport on Tuesday in Volgograd, which is 690 kilometres (425 miles) northeast of Sochi.

Russia's Channel 1 television station led its news with images of helmeted paratroopers with automatic rifles bursting into a Volgograd cafe and checking documents of men said to have been from from the mostly-Muslim North Caucasus.

A local security agency spokesman told the station that officers had arrested 87 people "who resisted police or did not have (their identity) documents".

Russia is already preparing to impose a "limited access" security cordon around Sochi from January 7 that will check all traffic and ban all non-residents' cars from a wide area around the city.

Investigators have opened a criminal probe into a suspected act of terror as well as the illegal carrying of weapons.

The chief spokesman for the Investigative Committee -- Russia's equivalent to the US FBI -- said the signature of the two bombings suggest that they were plotted by the same group.

The identical makeup of the explosives "confirms the theory that the two attacks are linked. It is possible that they were prepared in the same place," Investigative Committee spokesman Vladimir Markin said.

The railway station bombing has been provisionally blamed on a young woman from the restive North Caucasus region of Dagestan. The trolleybus strike has been pinned on a male assailant.

No one has claimed responsiblity for either attack in Volgograd -- a hugely symbolic city in Russia known as Stalingrad in the Soviet era and the scene of a key World War II battle.

But North Caucasus guerrilla chief Doku Umarov vowed in July that his fighters would use "any means possible" to keep Putin from staging the Sochi Games.

The head of the International Olympic Committee said he was confident that security would be all-encompassing in Sochi and gave no indication that the Games' staging was in doubt.

"The Olympic Games are about bringing people from all backgrounds and beliefs together to overcome our differences in a peaceful way," Thomas Bach said.

The United States meanwhile offered to assist policing Sochi and called for closer security cooperation that had been recently lacking as relations between powers plumbed post-Cold War lows.