Researchers point to brain 'roadblock' as a cause for dyslexia 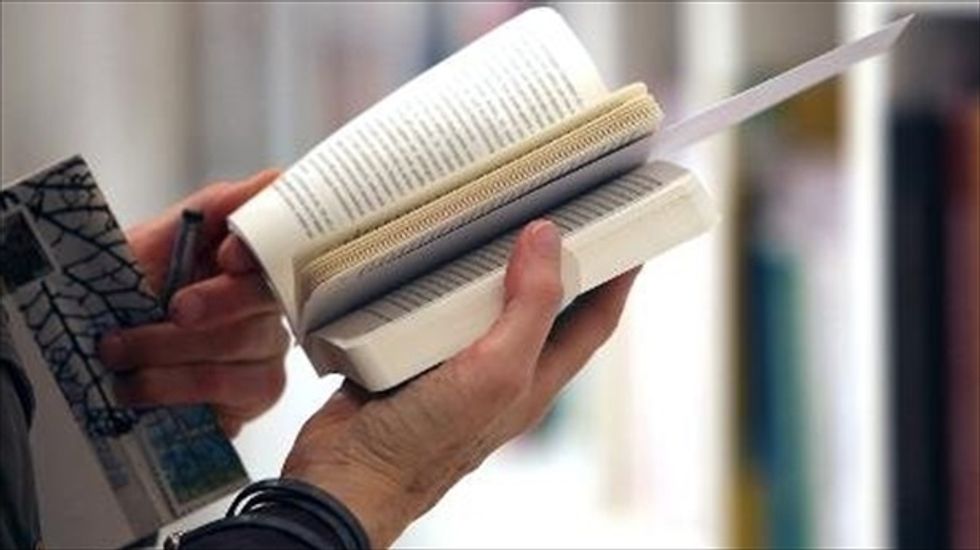 A roadblock in the brain makes reading difficult for people with dyslexia, a new study suggested Thursday, contradicting long-held opinion.

The findings in the US journal Science add to an ongoing debate over whether the inherited neurological disorder is caused by faulty brain wiring or the brain's inability to understand the interaction of sounds and symbols that form language.

Dyslexia is a learning disability that affects about 10 percent of the population and occurs among people of all economic and ethnic backgrounds.

The findings were based on brain scans of 23 people with dyslexia and 22 without, showing dyslexics understand the sound units fine but lack the brain connections to process them.

"Quite to our surprise, and probably to the surprise of the broader dyslexia field, we found that phonetic representations are perfectly intact in adults with dyslexia," said researcher Bart Boets, a professor of psychiatry at the University of Leuven in Belgium.

Boets said his team's research counters the predominantly held opinion that somehow people with dyslexia have an inferior ability to recognize the distinct sounds of language.

Instead, they found impaired connections between the right and left auditory regions, where phonetic representations are processed, and Broca's region, where higher level phonological processing takes place.

"Our findings indicate that the speech sound representations themselves are intact, but a dysfunctional connection between frontal and temporal language areas impedes efficient access to the representations," said Boets.

Study subjects listened to a sequence of four partial words, followed by another sequence in which a consonant or vowel had been switched, such as ba-ba-ba-ba, da-da-da-da.

Then they were asked to identify what had changed.

The team used advanced functional magnetic resonance imaging (fMRI) techniques to measure the unique fingerprint of each sound in the brain, and found the quality of impressions was the same in normal readers and dyslexic people.

In other words, their brains were identifying the sounds and their changes just like normal readers. However, the dyslexic people took 50 percent longer to make their responses, according to Science.

Researcher Hans Op de Beeck likened the experiment to having his daughter call from the landline telephone at their house to say she was home from school. That, he could verify, but what was she doing at home? Was she doing her homework or playing a game? He could not know for sure.

With this experiment, researchers were able to see that "the regions containing phonetic representations in adult dyslexic readers are doing their homework, that's for sure."

Boets said he hopes the research could lead to better ways of improving the brain circuitry, perhaps through noninvasive brain stimulation techniques.

However, the findings were questioned by neuroscientist Michael Merzenich at the University of California, San Francisco.

Decades of "very extensive and compelling" evidence show that people with dyslexia process phonetic representations with lower fidelity than normal, he was quoted as telling Science.

"You can't just ignore this literature," he said.

The study was co-authored by experts at University College London, University of Oxford and ETH Zurich University in Switzerland.