Romanian minister: We spend too much money fighting AIDS 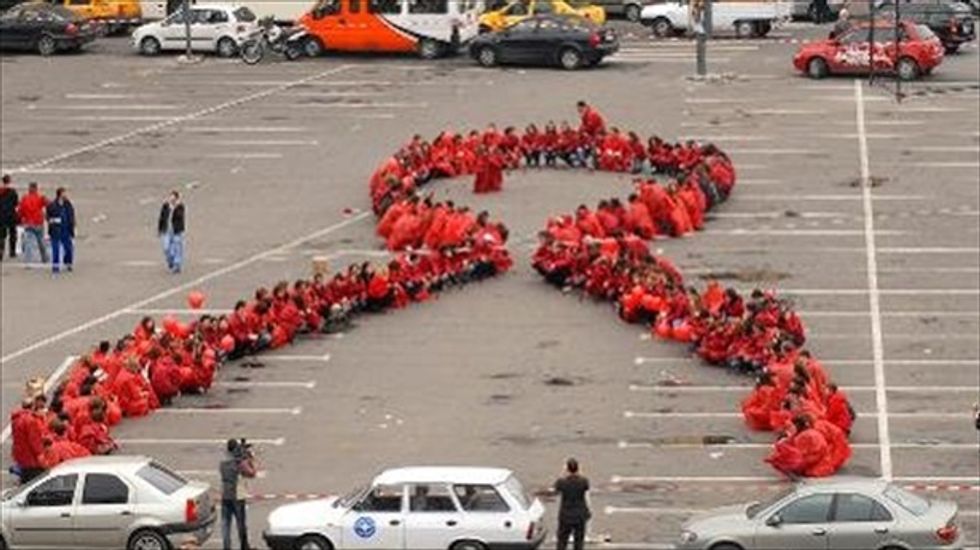 Romanian volunteers form the shape of the anti-AIDS symbol, during an awareness rally in central Bucharest on Nov. 30, 2006, one day before World AIDS Day [AFP]

Romanian Culture Minister Daniel Barbu sparked outrage Monday after saying the national anti-AIDS programme received too much funding compared to his own department.

"During debates on the 2014 budget I was shocked to discover that the budget earmarked for the fight against AIDS was half that devoted to all the programmes run by the culture ministry," Barbu said during a public debate.

He said that he did not want to sound cynical but "could not help wondering how many Shakespeare festivals could be organised if the (anti-AIDS) programme did not exist or if its budget was halved".

"Romania is not South Africa, nor does it count millions of people affected by this hideous scourge of our times," he said.

UNOPA, an association supporting people affected by HIV/AIDS, condemned the remarks as of "major offence to patients and to the experts fighting to save their lives".

"The minister blames patients for the lack of festivals and suggests the anti-AIDS programme should be abandoned, which would mean condemning these people, most of whom were infected in 1988-1990 by the health system," UNOPA said.

Under the Communist regime, which was toppled in December 1989, hundreds of babies were infected with HIV after transfusions with unscreened blood or injections with unsterilised needles.

UNOPA president Iulian Petre told AFP that 45 million euros ($61.7 million) went to the anti-AIDS programme in 2013, down from 52 million euros last year, which is "a far cry from the patients' needs".

He added that many patients are deprived of regular treatment because they cannot afford the weekly trips to city hospitals that administer anti-retrovirals.

Romania's health system suffers from a dramatic shortage of funds, with hospitals often lacking even the most basic of medicines.