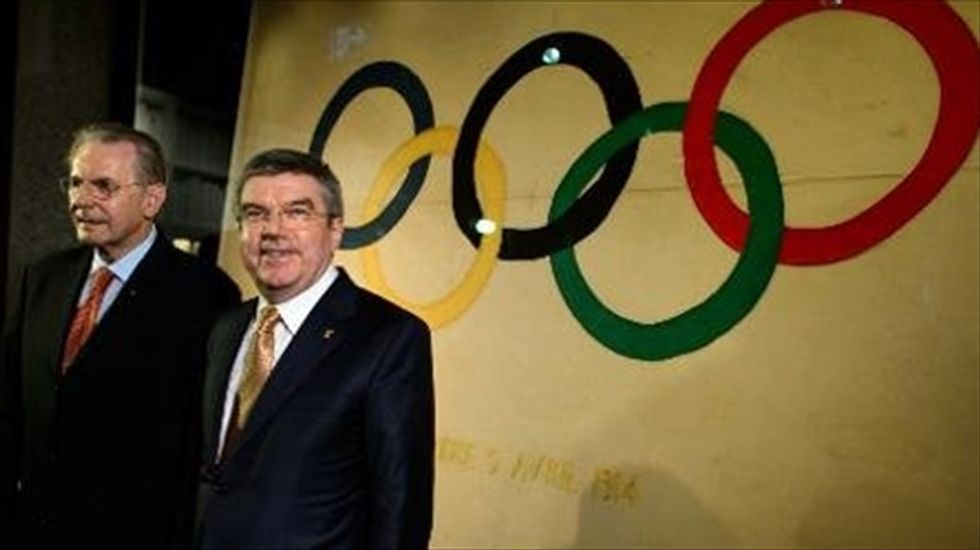 Protesters will be allowed to express their views at the Sochi Winter Olympics after Games organisers agreed to allow an area for them following talks with the International Olympic Committee, IOC President Thomas Bach announced on Tuesday.

In August, Russian President Vladimir Putin, who played a major role in Sochi winning the right to host the Games during the bid race which came to a heady climax in 2007, had issued a presidential decree which forbade any protests over issues that were not linked to the Games.

Instead now there will be a sectioned off area where people will be permitted to voice their protests during the Games that runs from February 7-23 in the Black Sea resort where Putin has a holiday home.

Putin's decree had followed hot on the heels of the equally controversial law which is seen to be anti-gay and which has prompted calls for a boycott from some quarters, though, Bach rejecting such calls out of hand -- he has bitter experience of a boycott as he and his team-mates were unable to defend their fencing title at the 1980 Olympics in Moscow because of a western boycott over the Soviet Union's invasion of Afghanistan.

Bach, who was elected to the post in September succeeding outgoing president Jacques Rogge, has favoured dialogue instead and he said that discussions with the organisers of the Sochi Games had borne fruit as evidenced by the organising committee's announcement on Tuesday that the protestors would after all have an area where they could protest about anything they liked.

"We welcome the announcement of the organising committee which is following some discussions we had with our Russian partners that in Sochi a protest zone will be established," said Bach.

"The space will give people who want to express their opinion or want to demonstrate for or against something the opportunity to do it in a special protest zone in Sochi.

"It will be located in Sochi. It will be open for demonstrations and protests. It is a measure we welcome so that everybody can express his or her free opinion," added the 59-year-old German.

Asked whether the Russian authorities had offered guarantees that no protestors would be punished Bach said that the protest area was specifically designed to prevent such reprisals against protestors.

Bach not being overly familiar with the geography of Sochi did not know where in the resort the protest area selected by the organisers was.

Bach, a lawyer by profession, said that he would not comment on the decisions over the past two days that neither the German President Joachim Gauck nor European Commission vice-president Vivianne Reding would be attending the Games.

Reding had been especially frank saying there would be no way she would attend the Games given the way minorities are treated by the Russian Government at the moment.

Gauck's office denied he was boycotting the Games -- although the former pastor and rights activist did go to the London Games -- but nonetheless, Germany's human rights commissioner Markus Loening told national news agency DPA that Gauck's decision not to go to the Games was "a wonderful gesture of support for all Russian citizens who are committed to freedom of expression, democracy and civil rights".

Bach said such decisions were nothing to do with the IOC as they did not issue invitations to political leaders.

"Speaking on behalf of the IOC, I can only say this kind of invitation are invitations from governments to governments and it is not up to the IOC to interfere in government relationships," he said.

"The IOC wants its autonomy to be respected and it implies also we respect the sovereignty of the government.

"But on a personal note, I know President Gauck a little bit. He's a man who knows how to use his words, if he would have had something to say from a political prospective, I am sure he would have said this."

Bach said he was confident Sochi would be ready for the Winter Games extravaganza although work remained to be done.

"There is still a lot to do in regard of accommodation, infrastructures, stadias and others issues but we are very confident that everything will be in place."

Johnny Depp's career and finances were already in serious trouble before his then-wife Amber Heard accused him of domestic violence in 2016, his former agent and business manager testified on Thursday.

Tracey Jacobs, Depp's former agent, said the actor "became the biggest star in the world" during the three decades she represented him in Hollywood.