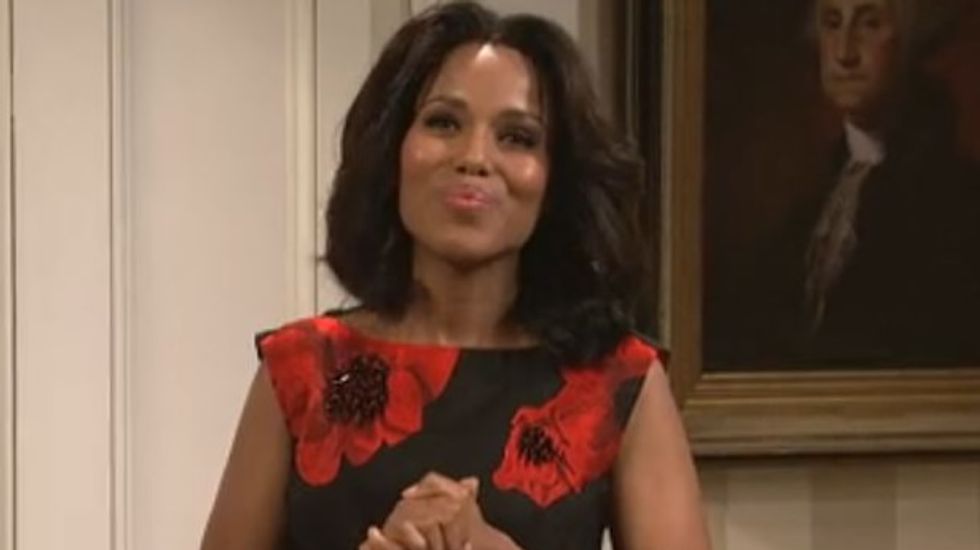 Earlier this week, special auditions were held on the Saturday Night Live stage for a black female cast member.

The venerable comedy sketch show has been roundly criticized this season for the absence of a black female cast member, and the criticism has come from inside the show's ranks as well as out. Featured player Kenan Thompson, who is black, even told TV Guide that he refuses to dress in drag unless the show hired a black woman.

The show has tried to address these concerns, most notably during an episode hosted by Kerry Washington, in which the cold open satirized the show's decision to hire five new cast members, all of whom were white males.

The show's producer, Lorne Michaels, is so concerned about the criticism that he's adding a new cast member over the show's winter hiatus. He insisted that prior to the season, he auditioned many black female comedians, but that they simply weren't "ready."

"We’re all about talent," he told The New York Times. "It doesn’t help if somebody’s not ready—and 'ready' is one of the charged words. But you want to be sure you give people the best possible shot."

Michaels also refused to acknowledge that it was this public outcry that was responsible for the rare mid-season addition, only saying that it is "100 percent good for the show to have an African-American woman."

Watch the "cold open" in which Kerry Washington and Jay Pharoah mock the show's lack of diversity below.