Scientists list the specific genes that make us human 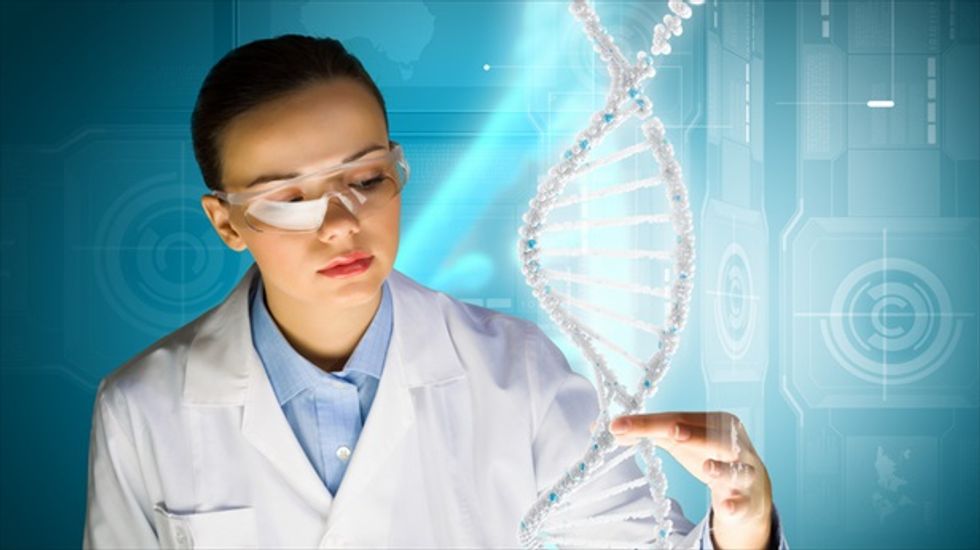 Researchers have drawn up the first definitive list of genetic changes that make modern humans different from our nearest ancient ancestors, who died out tens of thousands of years ago.

The list amounts to a series of biological instructions that shape the brains and bodies of living people and distinguish them from Neanderthals and other early humans that lived alongside them.

Scientists are now going through the list to work out which genetic tweaks might have been most important in driving modern humans to become the most dominant living organism on the planet today.

"We are quite confident that among these genetic changes lie the basis for the interesting differences between modern humans and Neanderthals," said Janet Kelso, a geneticist at the Max Planck Institute for Evolutionary Anthropology in Leipzig.

"These mutations are specific to modern humans. Are they responsible for some of the features we have, or some of our particular achievements, such as settling all over the planet, or flying aeroplanes?" said Kay Prüfer, the first author on the study. "I don't think we will ever find an aeroplane gene, but maybe we will find something that makes our brains tick better. If something like that exists, it will be on this list."

The findings come from an international project that set out in 2006 to read the Neanderthal genome with exquisite precision. Their success came after researchers extracted DNA from a fragment of toe bone belonging to an adult female Neanderthal who lived in the Denisova cave in the Altai mountains of Siberia at least 50,000 years ago.

The analysis of the Neanderthal DNA was so detailed that for the first time the scientists could compare chromosomes inherited from each parent. The results showed they must have been closely related to one another, perhaps half-siblings who shared the same mother. But the parents may equally have been aunt and nephew, uncle and niece, grandmother and grandson, or grandfather and granddaughter, according to a report in Nature.

The Neanderthals were not the only early humans to shelter in the Siberian cave. Bone fragments of another group of humans, named Denisovans, have been dug up at the site too. Their populations were small, and perhaps in decline long before modern humans arrived in the region. The ancestors of Denisovans and Neanderthals split from the evolutionary path that led to modern humans around 600,000 years ago, and split from each other around 400,000 years ago.

By comparing the genomes of the Neanderthals, Denisovans and modern humans, the scientists found that around 2% of the DNA of non-Africans comes from Neanderthals, thanks to interbreeding ancestors. Denisovans also had sex with Neanderthals, and have 0.5% Neanderthal DNA to show for the encounters. The genes they inherited may have boosted their immune system and fertility.

More tantalising was the discovery that 3-6% of the Denisovan genome came from interbreeding with an unknown group of archaic human ancestors. The culprit may be Homo erectus, the first early humans to have body proportions similar to those seen today. They emerged in Africa around 1.8m years ago and died around 150,000 years ago. But if it was not Homo erectus, there must have been another group alive at the time that has never been discovered.

In their last analysis, the researchers worked out where the DNA of all living people differed from that of Neanderthals and Denisovans. They found changes in 87 genes that would cause cells to make different proteins. They found far more changes that did not affect the proteins that genes made, but might alter how, when or where the genes are expressed in the body. The list may not be complete, because it only covers around 75% of the human genome.

One of the genes that seemed to separate modern humans from our ancient ancestors is called RB1CC1. The gene is involved in building the bones, cartilage and muscles of the musculoskeletal system. Several other genes that are changed in modern humans play a role in foetal brain development, said Kelso.

Ewan Birney, a geneticist at the European Molecular Biology Laboratory in Cambridge, said scientists could now investigate what effect the different genetic changes had on human cells. But he cautioned that many of the attributes we think of as human were shared by Neanderthals, including an upright gait and complex culture. "These differences may not be the differences we deeply want to understand," he said.