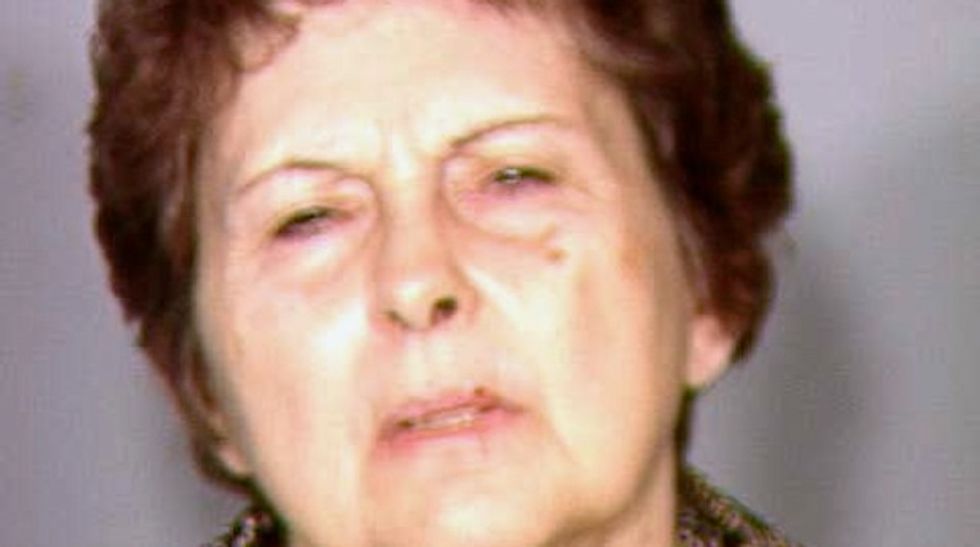 But a judge gave the 68-year-old Newman one year on probation and ordered her to have no contact with her former co-defendant, David Allen Brutsche.

The 42-year-old Brutsche, a convicted sex offender from California, remains jailed on $200,000 bond pending a March 10 trial on a felony conspiracy to commit kidnapping charge that carries a possible six-year prison term.

Counter-terrorism investigators began an undercover operation into the pair’s activities in April, finding they both expressed deep hatred for law enforcement officers and intended to kidnap a police officer from a traffic stop.

They also plotted to place the officer in a makeshift jail and conduct a trial in a sovereign court on treason charges and for civil rights violations.

Police said they intended to convict and then execute the officer.

Newman was arrested with Brutsche in August, but she denied having any intentions of kidnapping or harming anyone.

"I am upset, because if this can happen to me, it can happen to anyone,” Newman said. “I have felt for a while now the police are out of control. That they are stopping people and searching them with no probable cause.”

She also denied involvement in the sovereign citizens movement, although she said she agreed that the government needed to be reined in.

"I align myself with people who, as our forefathers did, believe that in inalienable rights and that the Constitution restricts the government from what they can do," Newman said.

She said Brutsche had talked about kidnapping a police officer, but she didn’t think he was serious and did not plan to participate.