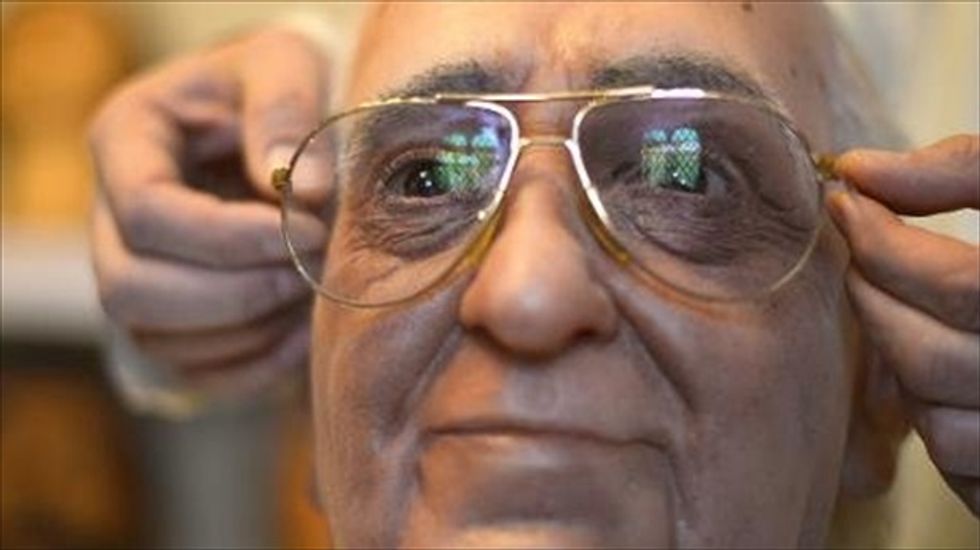 Pope Francis has become the latest figure in Rome's wax museum with a statue depicting the pontiff smiling in the iconic moment when he appeared on the balcony of St Peter's Basilica after his election.

Visitors have been asking for months when the Francis statue would go on display but the museum's director, Fernando Canini, told AFP that he had waited for an official verbal go-ahead from the Vatican.

"Everyone told us we were missing Pope Francis," Canini said on Thursday, explaining that the process of making the statue -- starting with a clay model of the head based on photographs -- took around three months.

"In this period of crisis, we are hoping Pope Francis will help increase the flow of visitors," he added.

The statue on Sunday will take its place alongside the one of Benedict XVI, the Roman Catholic leader's predecessor, who was the first pope to resign since the Middle Ages.

The statue's head and hands are made with a silicone and wax mixture that is usually used in dentistry, while the rest of the body is made of wood and resin and is clothed in the white cassock worn by pontiffs.

The clay model was made by an artist, Otello Scatolini, who has already done those of famous Italian tenor Luciano Pavarotti and rock singer Zucchero.

Canini explained that he chose not to make the statue only in wax because it would not have lasted given the high number of visitors he expected would want to have their picture taken alongside the pontiff.

"We did John Paul II in wax and he melted," he said.

Canini chose to show the pope waving after his election in March because it was a particularly "emotional" moment.

"It is a little bit the icon of Pope Francis who timidly raises his right hand and says 'Good evening' with that voice filled with emotion," he said.

For all the current pope's wave of popularity, however, he still has some way to go to reach John Paul II -- the late pontiff, who is due to be made a saint next year, has two statues in the museum.