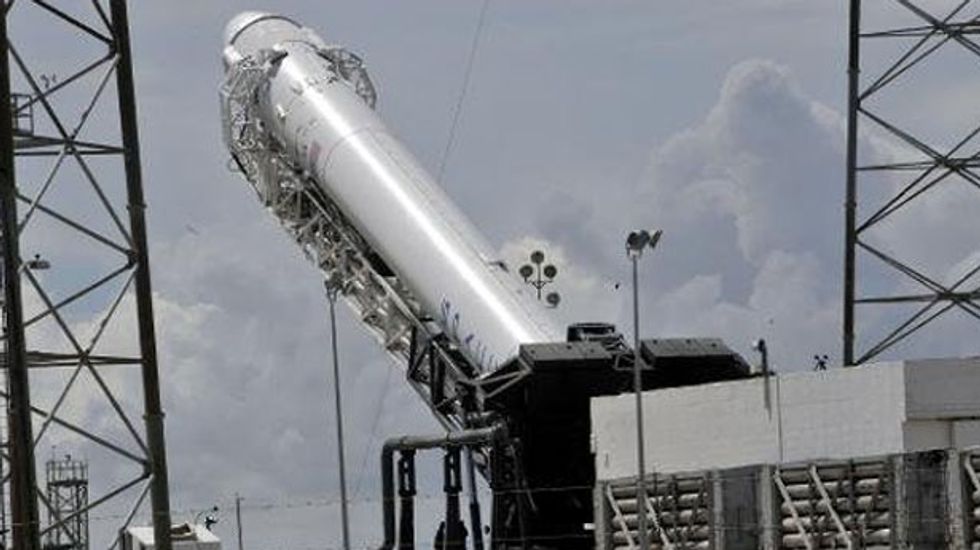 The private US company SpaceX said it successfully launched on Tuesday its first commercial satellite, designed to provide telecommunications services to China and other Asian countries.

It said the launch came after two delays in recent days because of glitches with the company's Falcon 9 rocket.

On Tuesday it finally roared into space at 2241 GMT from Cape Canaveral Air Force Station in Florida, SpaceX said in a statement.

Its $100 million satellite was placed in orbit 14 minutes later.

The rocket's cargo was a telecommunications satellite for the Luxembourg company SES, which until now has used European Ariane rockets or the Russian Proton for its satellite launches.

SES-8 is SpaceX's first launch to a geostationary transfer orbit –- 80,000 kilometers (50,000 miles) from Earth –- and most challenging mission to date, the company said.

The SES-8 satellite is due to provide television, cable TV and other services to countries including China, India and Vietnam.

SpaceX is eager to get into the commercial satellite launch business, estimated to be worth $190 billion a year.

SpaceX said it has orders for nearly 50 more launches, more than 60 percent of them for commercial customers.

The launch is the first using an improved version of the Falcon 9 after a test flight in California.

A delay on Thursday was blamed on unexpected technical problems with the rocket's fuel system. Its first attempt at launch was also put off on Monday of last week.

The Falcon 9 has already succeeded in sending its Dragon capsules to the International Space Station under a contract with the US space agency, NASA.

The Dragon capsule takes cargo into space and brings back material from scientific experiments.