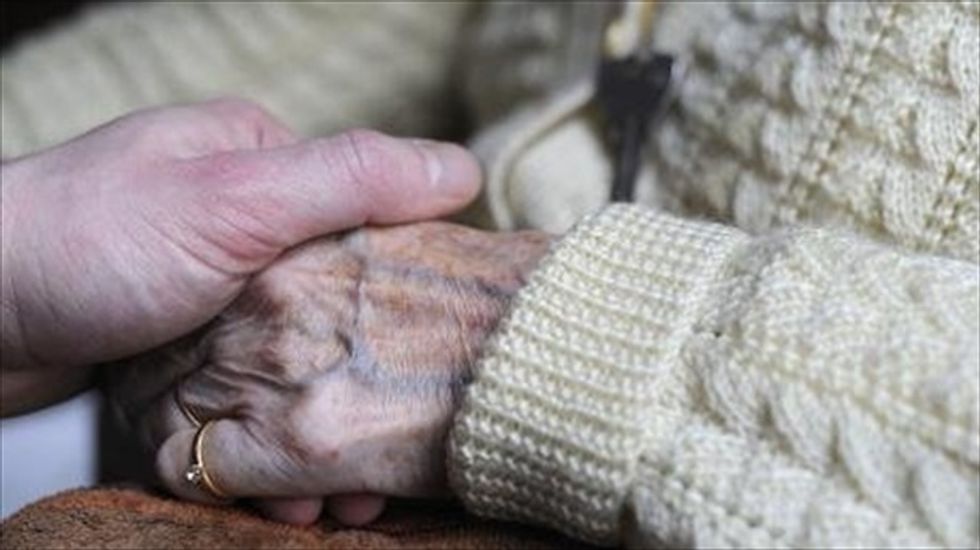 A woman, suffering from Alzheimer's desease, holds the hand of a relative. [AFP]

The number of people suffering from dementia has risen 22 percent in the past three years, with 44 million people living with the disease worldwide, according to a study released Thursday.

The report from Alzheimer Disease International predicts that the number of people suffering from the disease will triple worldwide to 135 million by 2050.

According to the new figures, 16 million people in western Europe will be living with the condition by 2050.

Marc Wortmann, executive director at Alzheimer Disease International, said: "It's a global epidemic and it is only getting worse -- if we look into the future the numbers of elderly people will rise dramatically.

"It's vital that the World Health Organisation makes dementia a priority, so the world is ready to face this condition."

The study was released ahead of a G8 summit on dementia being held in London next week.

"We are leading a global fightback by bringing the G8 countries together to tackle dementia as a global issue for the first time," said a spokesman.

"The G8 summit next week will provide a unique opportunity to make real progress much faster, and re-double international efforts to find effective treatments and cures."

"Since my own grandmother, Nans, was diagnosed with Alzheimer's, I have experienced at first hand just how terribly painful and frightening dementia can be for both the person diagnosed and their family," she wrote in a letter published in Thursday's Times.

"On behalf of all those who have dementia today, and the future generations who might still be spared, I would urge the G8 to deliver."