Supervolcano under Yellowstone larger than previously thought, could doom mankind 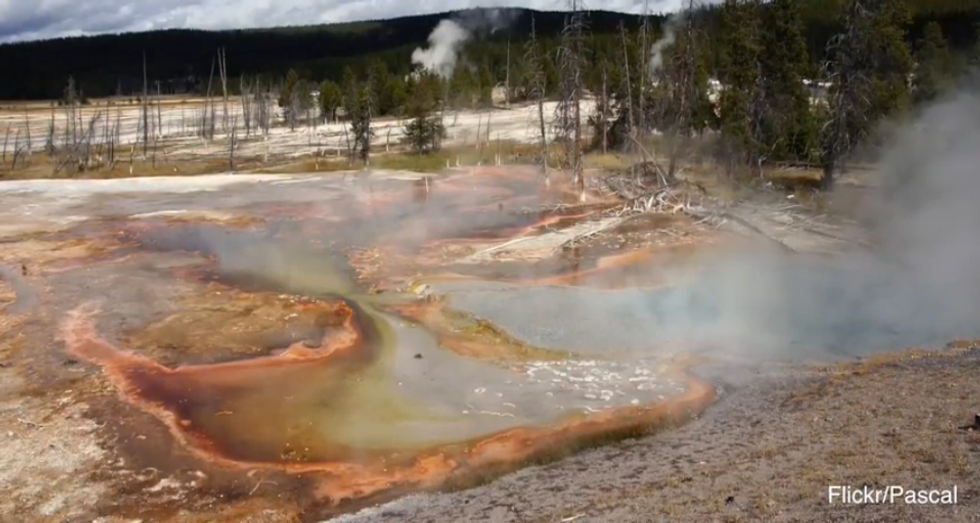 The supervolcano beneath Yellowstone National Park is much, much larger than was previously believed.

A new study shows the volcano’s magma chamber about 2.5 times larger than previous estimates suggested, stretching more than 55 miles and containing between 200 to 600 cubic kilometers of molten rock.

The cavern is about 20 miles wide and nearly 2 miles deep.

“We’ve been working there for a long time, and we’ve always thought it would be bigger,” said Bob Smith, University of Utah professor. “But this finding is astounding."

The findings were presented this week at the American Geophysical Union Fall Meeting in San Francisco.

“We record earthquakes in and around Yellowstone, and we measure the seismic waves as they travel through the ground,” said Dr. Jamie Farrell, of the University of Utah. “The waves travel slower through hot and partially molten material (and) with this, we can measure what’s beneath.”

The magma chamber extended much further east than previously believed, holding a mixture of solid and molten rock.

“To our knowledge there has been nothing mapped of that size before,” Farrell said.

But the larger size does not necessarily make the Yellowstone hazard greater, Smith said.

Researchers can't say for sure when the volcano might erupt again, but they monitor the area for advance warning of seismic activity.

Some believe that a massive eruption is overdue because the Yellowstone volcano erupts every 700,000 years or so.