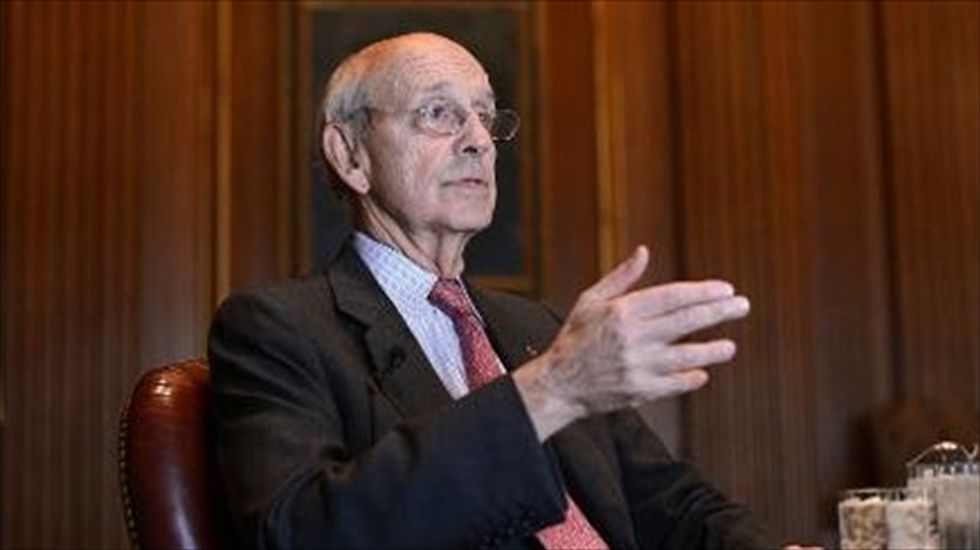 US Supreme Court Justice Stephen Breyer answers a question during an interview at the Supreme Court in Washington, DC, on May 17, 2012 [AFP]

The US Supreme Court on Tuesday heard arguments on environmental rules aiming to reduce smog that drifts from one state to another.

But nine states and six cities have asked the top court to reverse the appeals court decision and put the regulations into force.

At issue are control measures on emissions of sulfur dioxide and other greenhouse gases which sometimes waft across state boundaries, leaving upwind states in violation of clean air standards.

The government claims this pollution is behind one out of every 20 deaths in the United States and thousands of cases of asthma.

The EPA under the program would make a determination as to whether a given state had "contributed significantly" to the air pollution of a neighboring state.

If so, the federal agency required that the offending state state implement corrective measures, including possibly closing old factories or making sizeable investments in emission-reducing technology.

Air pollution "depends on where the wind blows, and that changes all the time," emphasized liberal Justice Stephen Breyer, apparently leaning towards approving the EPA regulations.

But Texas Lawyer Jonathan Mitchell, who also represents 13 other states and Peter Keisler, lawyer for several industry and mining groups, questioned whether the EPA had the authority to impose these costly regulations, and conservative Justice Antonin Scalia seemed to agree.

Justice Samuel Alito recused himself, leaving eight justices to issue a decision, likely in the spring.

The four progressive justices seemed swayed by the government arguments, while the four conservatives seemed more divided in their opinions.