Sword-wielding Texas man threatens waitress: Give me free tacos or somebody dies 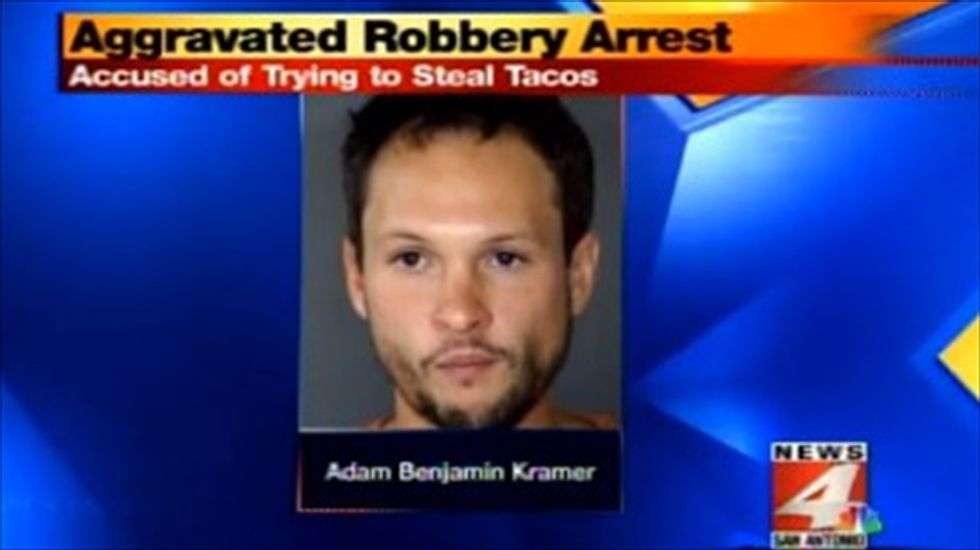 A 28-year-old sword-wielding Texas man was arrested and charged with robbery after allegedly threatening the staff at a local restaurant with death over free tacos.

WOAI-TV reported that Adam Benjamin Kramer began threatening a waitress during the Dec. 2 incident by pulling the sword in and out of its sheath when she told him he would have to pay for his order of six tacos.

The San Antonio Express-News reported that Kramer left after the phone rang, following a request by the waitress that he speak to the cook. But instead of leaving the premises, Kramer began brandishing the sword and demanded more food.

"Mr. Kramer was yelling that he wanted his free tacos or somebody was going to die," authorities said in an affadavit for his arrest.

Though Kramer eventually left the area, he was arrested a day later on a separate charge of aggravated assault with a deadly weapon. He is also facing a charge of attempted robbery in a separate incident. Kramer is being held in Bexar County Jail on $50,000 bail.