Taking a picture may wipe away more memories than it preserves 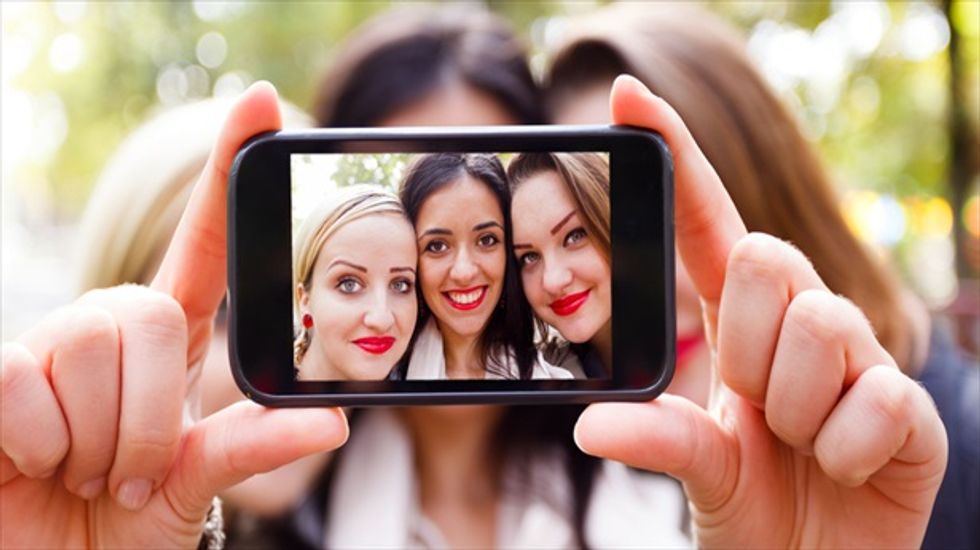 'Students Taking A Self Portrait With Smart Phone' [Shutterstock] http://tinyurl.com/ku2fnm4

Taking a picture to help you remember something might end up having the opposite effect, according to research published in the United States.

A study released this week showed that people who took photographs of items during a museum tour were less likely to remember details than those who merely looked at the objects.

That is a lesson for a world growing accustomed to instant photo-sharing on Facebook, Twitter and other social networks, said psychological scientist Linda Henkel of Fairfield University.

"People so often whip out their cameras almost mindlessly to capture a moment, to the point that they are missing what is happening right in front of them," said Henkel, author of the study, which was published in the journal Psychological Science.

Henkel set up an experiment in the university's museum, in which students were led on a tour and were asked to take note of certain objects, either by photographing them or by simply observing them.

The next day, their memory for the objects was tested -- and participants were less accurate in recognizing the items they had photographed compared to those they had only observed.

"When people rely on technology to remember for them -- counting on the camera to record the event and thus not needing to attend to it fully themselves -- it can have a negative impact on how well they remember their experiences," she said in a statement.

"These results show how the 'mind's eye' and the camera's eye are not the same," Henkel said, adding that memory research indicates taking pictures can help people remember but only if they take time to observe and review.

"Research has suggested that the sheer volume and lack of organization of digital photos for personal memories discourages many people from accessing and reminiscing about them," Henkel said.

"To remember, we have to access and interact with the photos, rather than just amass them."

[Image: "Students Taking A Self Portrait With Smart Phone" via Shutterstock]