Texas man: My roommate beat me up and left me naked in a ditch 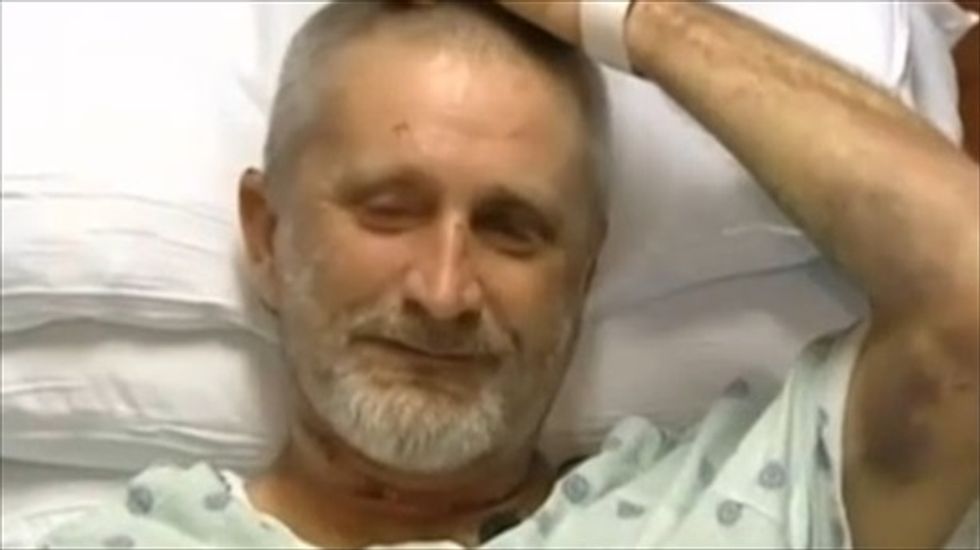 Texas man beaten and left naked in a ditch [KTRK-TV]

A Texas man told authorities he was left naked in a ditch for hours after being ambushed by his roommate and co-worker following an argument over their neighbor's dog.

"That's a fight for human life, man," 47-year-old David Franey, Jr. told KTRK-TV on Tuesday. "You want to get up and go. Then he caught me and he tied me to a tree. I lay there about six or seven hours, I guess, and I could hear the traffic."

Authorities arrested 31-year-old James Aron Lee in connection with the attack. Lee was charged with aggravated assault and is in Galveston County jail on $500,000 bail.

The two men reportedly began arguing inside their home after Franey got a dog from their neighbor on Dec 5. Franey told KTRK that Lee was "trying to date" the neighbor. But after a disagreement over the dog's leash, Franey said, Lee attacked him after he got out of the shower.

"Knocked me out, tied me up, tried to hang me once or twice," Franey explained. "Then he took me out to the woods."

Police in La Marque, Texas, later found Franey. He has been in the trauma center at the University of Texas hospital in Galveston ever since, and told ABC News he felt he was "about a 12" in terms of pain, on a 1-to-10 scale.

"My leg is broken twice below the knee and twice above the knee," Franey said. "I have a fractured spine and both my rotator cuffs are broke [sic]."