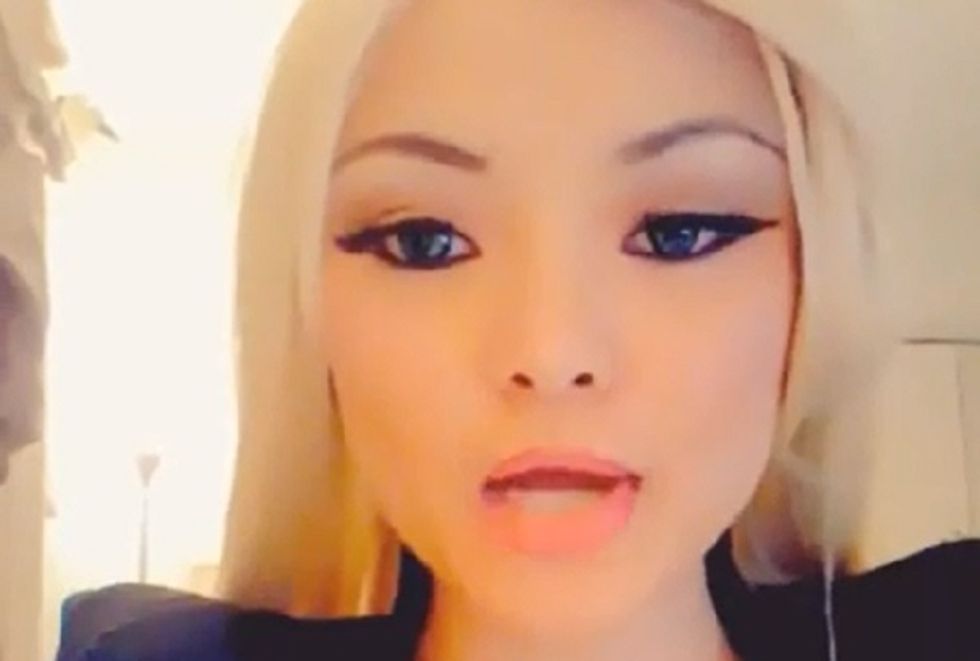 Reality TV star Tila Tequila continues her bizarre descent into conspiracy lunacy with a new video that attacks the media for noticing her new fascination with Adolf Hitler.

After blogging and Facebooking her admiration for Hitler, announcing that she had given herself the new name of "Hitila," and posting a photo-illustration made by a fan which showed her in Nazi gear standing in front of the extermination camp at Auschwitz-Birkenau, Tequila now says it was all "satire" and the press has her all wrong.

If that sounds confusing, just wait until you hear the rest of Tila's message for the world, which we have below.

As we reported earlier, the sometimes TV personality and rapper had announced in 2012 that she was converting to Judaism and made an effort to learn Hebrew. This was after a chaotic period in her life during which she had announced an engagement to heiress Casey Johnson, who died in 2010 as a result of diabetes. Also, in 2012, Tila herself survived a brain aneurysm.

We can't help wondering if that's contributing to Tila's strange behavior in recent weeks as she's announced herself to be a 500,000-year-old goddess here to save us from the "Luciferians" who are trying to harvest our souls. In her latest video, posted a couple of days ago to her blog, she says...

"This time I would like to address all the ridiculous rumors all over the Internet that I am now a Nazi just because I made some satire videos, just because I was sympathetic towards other human beings, because God says we should forgive and forget. But unfortunately, some chosen ones who think they are God's people, refuse to forgive and forget. And not only do they act hypocritical, but they stone anybody that dare to forgive and forget....It all started with a satire photo of some of my fans who made a Photoshop picture of me that says 'all hail the queen,' and unbeknownst to me, I didn't realize it had a little subliminal message in there with a swastika on the hat or whatever. Anyways, that was not my intention. However, with the way I was being unjustly attacked by the, well, the New World Order Zionists, ok, because, first of all, I speak for the people. I am the only one with a platform that is not afraid to speak out for the people..."

She then goes on to attack a fellow conspiracy theorist who ridculed her on Twitter, and takes another jab at "Zionist Jewlluminatis" who live in the fourth dimension and are behind a secret world government.

If you're just catching up with this strange saga, here's the photo-illustration that Tequila posted to Facebook, showing her standing in front of the Auschwitz-Birkenau Nazi extermination camp... 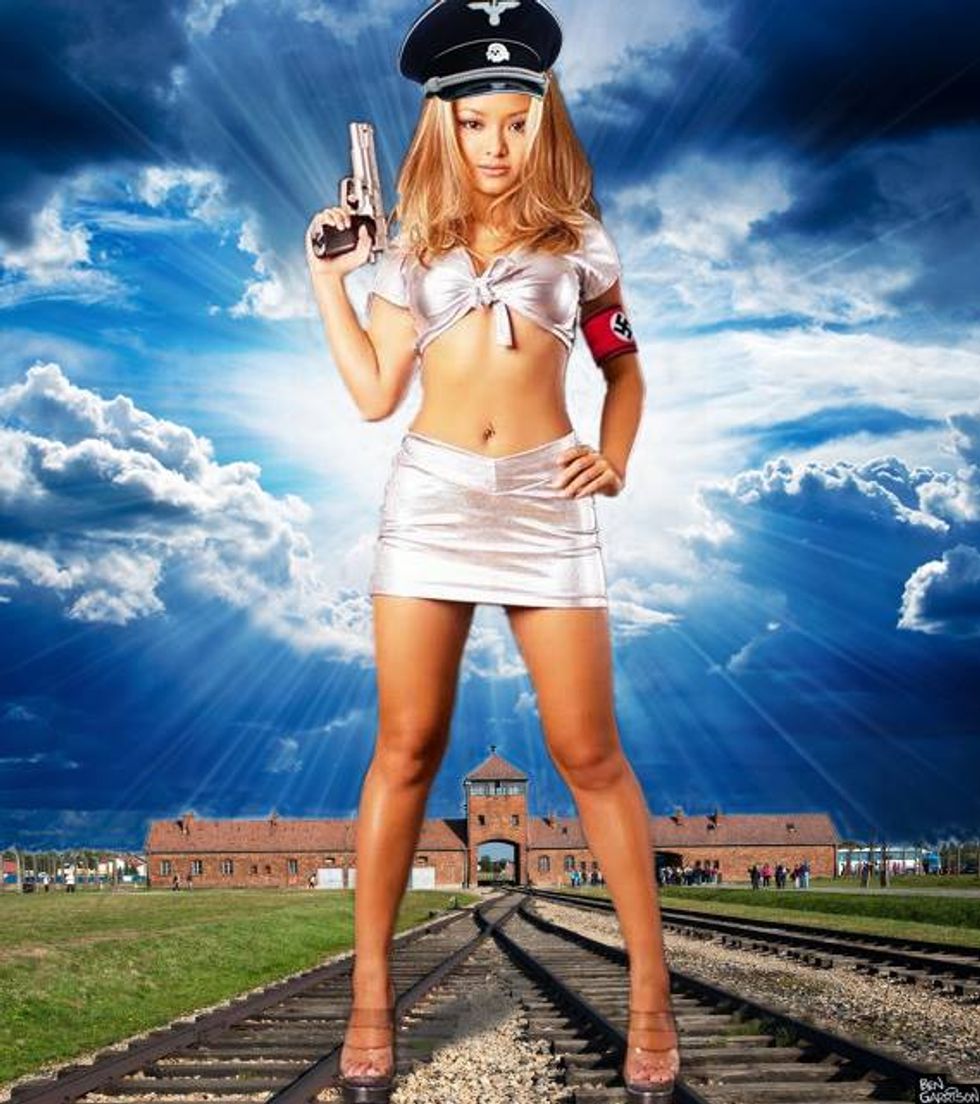 Every time you hear my name it’s going down, goin down X 4

Feeding yo mind with GMOs

while givin yo babies flo flo

not flo rida but flo ride

that shit that burns yo third eye

Oh no they don’t wanna date me

Worldwide Genocide blame it on the jews

So now they call me a nazi

Espionage is my middle name HA!

I got you good while rolling through yo hood

Since Tila posted the new video, she's written several more blog posts in rapid succession. "Every single day, equipment is being erected and installed in this country with the hidden purpose of exerting mind control over the entire population," she wrote yesterday.