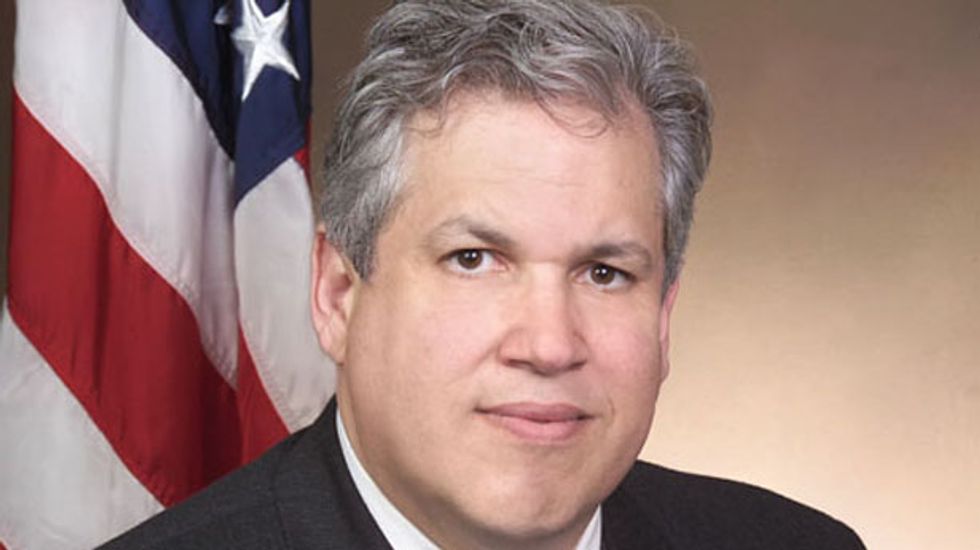 The former head of the Office of Special Counsel "wanted to 'ship out'" all the agency's gay employees to Detroit, according to a government report released Wednesday.

Special Counsel Scott Bloch, who served under the Bush administration from 2003 to 2007, established a field office in Detroit and reassigned several gay employees to the new location. But there is no evidence that those reassignments "were taken for a legitimate business purpose of the agency," according to the report released by Inspector General Patrick McFarland.

"Mr. Bloch and his immediate staff offered an array of ostensible explanations [for the reassignments] in press releases, Congressional testimony, and interviews with the investigative team, seeking to link the reassignments to the bona fide operational needs of the agency," the report stated. "However, our investigation developed evidence which tended to undermine the proffered explanations."

The report suggests the reassignments were instead based on anti-gay sentiments.

Richard Trefry, a government contractor, told investigators that Bloch "spontaneously explained" his desire to "ship out" a number of gay employees. Bloch allegedly told him he "had a license to do this." Trefry said Bloch seemed to be "very determined" to carry out these intentions.

Trefry also claimed Bloch said he wanted to reassign "homosexuals and other employees who [he viewed as] morale problems" to the new location in Detroit.

Bloch told Legal Times the allegations were untrue. He described the report as "nothing new" and "a rehash of old unsubstantiated stories and muddled statements."

The report also found that Bloch and his Catholic colleagues "appear to have associated their religious views with political convictions and some of their emails expressed negative perceptions of persons whose beliefs and actions did not conform to their religiously-derived standards."

Bloch allegedly tried to recruit one employee into a religious group known as the Hillaire Belloc Society.

The Office of Personnel Management began investigating Bloch after several groups filed a complaint against him in 2005.

"The rights of federal workers should never be subject to the prejudices of political appointees,” Danielle Brian of the Project On Government Oversight said in a statement. "This was a case study of how bad things can get when an inappropriate person is given the responsibility of heading up a federal agency."