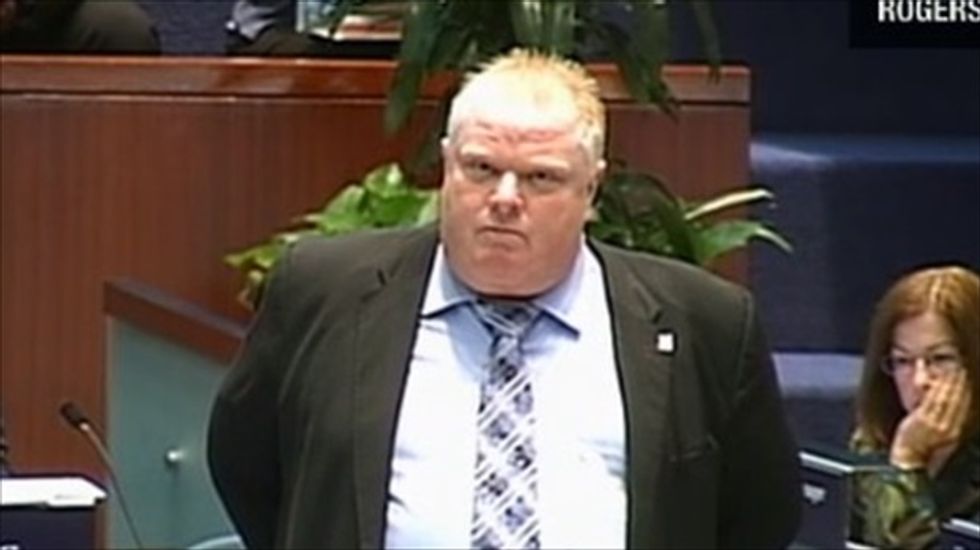 Weeks before the public first became aware of Toronto Mayor Rob Ford's crack video, the disgraced politician may have tried to buy it, according to court documents.

Ford reportedly offered $5,000 and a car in exchange for the video, according to a conversation between alleged drug dealers that was intercepted by police.

Parts of the conversation were revealed to Canadian journalists Wednesday when a court there authorized disclosure of excerpts of a police investigation aimed at obtaining a search warrant against Alessandro Lisi, the mayor's friend and sometimes-chauffeur.

Lisi was also in contact with a group of alleged drug traffickers.

In the excerpts from police documents, which have been heavily reported in the Canadian media, particularly by the Toronto Star, two of the alleged traffickers "discussed plans to sell the tape," presumably of the mayor.

During the conversation, one member of the network derides an offer for $5,000 and a car, saying the mayor would likely meet a demand for $150,000.

The Rob Ford affair came to light in May when the Toronto Star and US gossip website Gawker said that they had been approached by drug dealers looking to sell a 90-second video clip showing the mayor smoking crack cocaine.

After months of denial, the mayor admitted in early November to having inhaled crack cocaine while drunk.

Ford, 44, has managed to hold on to his seat as mayor of Toronto, although the city council stripped him of the bulk of his powers and duties.

The Toronto mayor has yet to be charged over the matter, although a police investigation is ongoing.