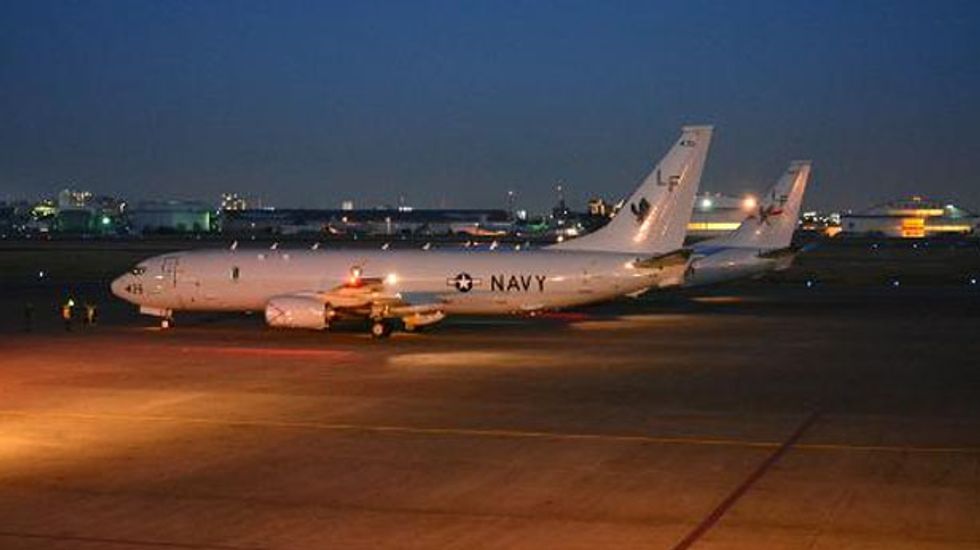 The US Navy has deployed sophisticated surveillance aircraft to Japan, officials said Monday, amid rising tension over China's territorial claims in the region.

"This was scheduled for a long time," said the official, who spoke on condition of anonymity.

"It's a rotational deployment."

Four more Poseidon aircraft are due to deploy at Okinawa later this month, the official said.

The assignment to Japan marks the first mission for the new plane, which is replacing the propeller-driven P-3 Orion aircraft that dates back to the 1960s.

The P-8A planes, converted Boeing 737s equipped with advanced radar and anti-ship missiles, are designed to hunt submarines and track other vessels at sea.

On November 23, China announced an expanded air defense identification zone and said aircraft would have to submit flight plans before entering the area, home to disputed islands in the East China Sea.

Japan, South Korea, Taiwan and the United States have each sent planes into the zone without informing the Chinese, signalling their refusal to recognize Beijing's declaration.

After sending in two B-52 bombers last week, the US military has kept up "routine" military flights in the area but there has been no hostile response from China, Pentagon spokesman Colonel Steven Warren told reporters Monday.

"The Chinese reaction to our operations has been normal," Warren said.

"We haven't changed our operational tempo," he added.

The deployment of the P-8 aircraft came as US Vice President Joe Biden set out Sunday on a trip to Asia which will include a visit to Beijing, where he will discuss the spike in regional tensions.

Senior US officials said Biden would convey Washington's "concerns" about China's air defense zone and seek clarity regarding its intentions.

While military flights have gone ahead as planned, the US State Department has advised American commercial airlines to observe China's demand for advance notice of aircraft entering the zone.

China and Japan have been locked in a mounting territorial argument over the island chain known as Senkaku in Japanese and Diaoyu in Chinese.

Although taking no position on the sovereignty dispute, Washington says it would uphold its defense treaty with Japan in the event of a conflict.